The National Action Committee on the African Continental Free Trade Area (AfCFTA) has flagged off a nationwide awareness and sensitisation tour targeted at placing Nigeria in a favourable position in the AfCFTA agreement. 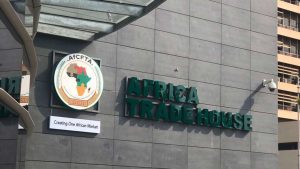 According to a statement presented by Zakari Jimeta, the communication coordinator of the committee, the AfCFTA sensitisation tour would commence in Kaduna State, proceed to Bauchi State, after which it will be consequently extended to the Federal Capital Territory and the remaining 34 states of the federation.

The committee also said it is partnering with relevant agencies to put out the framework for free trading under the AfCFTA agreement.

Francis Anatogu, the committee’s secretary, noted that its strategy included working with the states based on their areas of comparative advantages and priorities.

He stressed that this strategy would play a significant role in scaling up the national export trade and also, create job opportunities at the grassroots level.

The core objective of the AfCFTA, he continued, is to create a single market for goods, services, and free movement of persons in order to deepen the economic integration of the African continent.

The African Continental Free Trade Area (AfCFTA) Agreement was founded in 2018 with trade officially commencing as of January 1, 2021 following ratification by member nations based in the African continent.

The Food and Agriculture Organisation (FAO) of the United Nations has also expressed optimism that the agreement, reputed as the largest in the world in terms of the number of participating countries since the formation of the World Trade Organisation (WTO), will create a single African market of more than a billion consumers with a combined GDP of $2.5 trillion.

“It aims to promote agricultural transformation and growth in Africa and contribute to food security, as well as improve competitiveness through regional agricultural value chain development and incentivise critical investments in production and marketing infrastructure,” it added.

The continental trade deal, according to trade experts, presents Africa with a unique opportunity to unleash its economic potential for inclusive growth and sustainable development.