Nigeria will switch communications within its airspace to a wider band digital platform when its ATS Message Handling System (AMHS) begins full operations in the next two weeks, it has emerged. 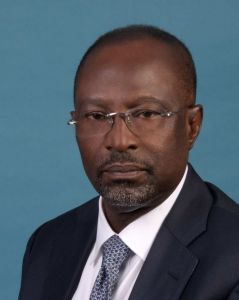 Fola Akinkoutu, a flight captain and managing director of the Nigerian Airspace Management Agency (NAMA) disclosed in Abuja, the capital city, once it takes off there will be no limitation of messages to be transmitted with high speed and adequate feedback compared to the AFTN which has channel check transmission

The AMHS is expected to offer a better service with  clearer messages and make the communicators’ job easier.
Akinkoutu said that the AMHS system of communications was already in place and needed global geopolitics to make it work as it was originally meant to be switched on in Kano but that the contractor later picked Germany as the switch on point.
Speaking as chief host at the 25th anniversary of the National Airtraffic Communicators Association of Nigeria (NACAN) in Abuja, Akinkoutu said NAMA has improved on training and employment since 2017 while also improving on communications.
The management has also been addressing the issue of shortage of manpower, training and equipment since 2017 when he came on board.
While emphasising that Aero communications was critical in ensuring safety in the aviation sector, Akinkoutu explained that the federal government recognises the contributions of NACAN to the development of the aviation industry and was doing everything possible to ensure that they get the best of treatment.
He stressed that the International Civil Aviation Organisation, from the very beginning, recognised aero communications as a means of communication for safety.
The success made by aviation, said Akinkoutu, was as a result of the fact that communication has been in the forefront.
The NAMA boss regretted the challenges of COVID-19 around the world, urging that the restart button must be pushed in order for the industry to bounce back .
According to Akinkoutu, aeronautical communications remained the bottle neck threatening capacity in air transportation as it has not been able to meet the demand of traffic in the air, adding however, that future communications will be a different ball game as it will be on satellite.
George Nkambo, the president of NACAN, addressing participants earlier, identified shortage of manpower in the department and urged NAMA to look at their case as a peculiar one as they needed 300 additional personnel to join the 176 on ground to cover all the airports across the country effectively.
He explained that five airports, Jalingo, Bayelsa, Bauchi, Kebbi and Jigiwa were yet to be covered by communicators’ operations, but that most of these airports were involved in Hajj operations.
Businessamlive Website Stats