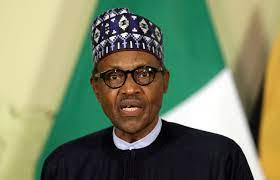 The project is expected to increase NLNG’s current six-train plant capacity by about 35 per cent from an extant 22 Million Tonnes Per Annum (MTPA) to 30 MTPA.

Tony Attah, the Managing Director/Chief Executive Officer of NLNG, said the benefits of gas to Nigeria will increase on the back of the Train 7 project. He added that Train 7 will stimulate the inflow of more than $10 billion Foreign Direct Investment (FDI) into Nigeria as part of the project scope; create more than12,000 direct jobs and additional 40,000 indirect construction jobs; and develop Nigerian local capacity and businesses. He also stated that the increase in volume supply to the global market as a result of Train 7 will keep NLNG and the country on top of the suppliers’ chart as world LNG demand grows.

NLNG since its establishment about 20 years ago – has generated $114 billion in revenues, paid $9 billion in taxes; $18 billion in dividends to the Nigerian Federal Government and $15 billion in feed gas purchase. Many say these are commendable accomplishments by the company’s 100 per cent Nigerian management team.

The foundation stone was laid on behalf of President Buhari, who flagged the project virtually, by the Minister of State for Petroleum Resources, Timipre Sylva, supported by Governor Nyesom Wike of Rivers State, represented by his deputy Ipalibo Harry Banigo. Others at the ceremony were the Amanyanabo of Grand Bonny Kingdom, Edward Asimini William Dappa Pepple III, Perekule XI; Group Managing Director of the Nigerian National Petroleum Corporation (NNPC), Mele Kyari; the Chairman, NLNG Board of Directors, Edmund Daukoru; NLNG’s Managing Director/CEO, Tony Attah; and NLNG’s Deputy Managing Director, Sadeeq Mai-Bornu. Also, at the event were the Executive Secretary of Nigerian Content Development and Monitoring Board (NCDMB), Simbi Wabote; NLNG Board directors, NNPC Board directors; senators, and members of the Company’s senior management team.

President Buhari said the groundbreaking was an important milestone in the history of Nigeria’s oil and gas industry, adding that “the story of Nigeria LNG is one that I have been so passionately associated with during the formative years of the NLNG project. It has transformed from a project over the years to a very successful company.

He said the Train 7 project construction proves that the NLNG and its company’s shareholders – NNPC, Shell, Total, and Eni – a Nigerian company – can operate a world-class business safely, profitably, and responsibly. He it sets the stage upon which Nigeria’s vast gas resources will continue to grow well into the future. NLNG, as the pioneer LNG company in Nigeria, has conscientiously proven the viability of the gas sector over the years, currently contributing about one percent to our country’s GDP.

He hoped that the company continues to grow, starting with Train 7 project, but also positioning Nigeria to thrive through the energy transition. He urged the Board of Directors, management and staff of NLNG, the host communities, the Rivers State Government and agencies of the Federal Government to continue to collaborate to ensure completion and eventual commissioning of the Train 7 project safely and on time, so that Train 8 can then start.

Governor Wike of Rivers State, said the State Government considered the project as a key economic enabler and committed to supporting both the project and the Company.

The Minister of State for Petroleum Resources, Sylva, stated that Train 7 would contribute to maintaining the country’s status as a gas exporting nation. He said, “Nigeria has more gas reserves than crude oil, and we have much to gain from sustaining our LNG exports to a market that has a growing demand for the commodity as the preferred fuel for industrialization and power generation.”

NLNG took the Final Investment Decision (FID) for the project in December 2019. It proceeded to sign the Engineering, Procurement, and Construction (EPC) Contracts with the SCD JV Consortium, comprising affiliates of Saipem, Chiyoda, and Daewoo, on May 13 2020.

Train 7 project is in fulfilment of NLNG’s vision of being a global Company, helping to build a better Nigeria. The project, upon completion, will support the Federal Government’s drive to generate more revenue from Nigeria’s proven gas reserves and further reduce gas flaring in the country’s upstream oil and gas industry.

The project is scheduled to span approximately five years.