With a view to consolidate the influence of companies, deepen insurance penetration and enhance the retention of heavy-ticket risks in Nigeria, analysts have proposed mergers and acquisitions (M&A) as a way for insurers to better improve the industry.

In a recent report, titled, “Insurance Update: Another Dead End?” by Afrinvest Research seen by Business A.M., the analysts said recapitalisation was crucial for the growth of the industry. 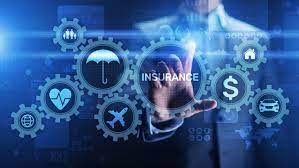 Analyzing the performance of the sector in Nigeria, the financial advisory firm recalled that in December 2020, the House of Representatives directed the regulator to suspend the phased recapitalisation programme as a result of the economic hardship in the country caused by the pandemic and the need for increased liquidity to boost growth. It, however, said that the recapitalisation of the industry remains crucial to replicate growth similar to the banking sector experience, even though the pandemic fueled lockdowns and resulted in lower premiums from some insurance policies as well as refunds from some auto insurers and escalation of other insured risks.

While some top banks already have bancassurance relationships with some insurance firms, Afrinvest proposed increased collaboration with telecommunication companies and banks as well as micro-insurance to capture value at the retail end of the population.

Commenting on this, analysts have said that mergers and acquisition is pertinent to the extent at which it could be judiciously entrenched by insurance firms.

According to Ekerete Ola Gam-Ikon, an insurance industry management and strategy consultant, for M&A to work, bigger firms need to work with smaller firms.

He said: “If the M&As are merely to scale through recapitalisation, they are most unlikely to survive as strong entities. Especially, where we have two or three weak companies coming together, the story will not be different from the previous ones. The evidence of the previous ones are still before us. If a big company acquires a small weak one, there will be chances of going on quite well but unfortunately, the big ones are not looking for the small ones because they offer no value, since every company is doing the same thing”.

According to the National Bureau of Statistics, the Nigerian insurance sector recorded a negative 15.3 percent growth in 2020  following the stunted growth recorded since it contracted 2.9 percent in 2019, making it to rank 63rd out of 88 countries, as profiled by Sigma Research in 2019.

Highlighting the global insurance sector performance in 2019, the financial advisory firm noted that sector premiums reached $6.3 trillion in 2019 after scaling the $5.0 trillion mark in 2018 as the non-life segment surpassed forecast and reported a 3.5 percent growth in premiums to $3.4 trillion, while the life segment premiums also increased 2.2 percent to $2.9 billion mainly due to a recovery in China.

This result is contrary to what research had earlier predicted. Sigma research had expected both non-life and life premiums to contract by 1.0 percent and 1.5 percent respectively in 2020 in line with that of the Global Financial Crisis (GFC) in 2008 due to the effects of the pandemic on the insurance business.

Examining the impact of the pandemic on the sector based on results from the International Association of Insurance Supervisors (IAIS), Afrinvest noted that lower premiums, on the back of reduced economic activities, coupled with lower investment income pressured the profitability of insurers in 2020.

During this period, the solvency ratios declined on an aggregate level across business lines and regions resulting from investment losses that accrued from financial market volatility, data as of the second quarter of 2020 shows.

In addition, the data shows that lower profitability increased claim payments, and declines in asset values as a result of financial market volatility which forced some insurers to terminate some pandemic-related insurance policies, as well as removing clauses that expose insurers to pandemic-related claims in existing policies in order to contain claims.