The governor of the Central Bank of Nigeria, Godwin Emefiele, has said that the currency in circulation in Nigeria increased from N1.956.22 billion in April 2018 to N2.158.70 billion at the end of April. 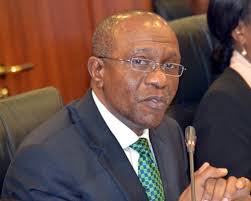 This he said may suggest an increase in economic activities and the potential to improve economic growth in the country.
Emiefele said this on Monday in Abuja in his keynote address to the regional workshop on banking and currency management organised by the West African Institute for Financial and Economic Management (WAIFEM).
The workshop which is aimed at exploring and tackling the key challenges that confront Central Banks in currency management and also to upgrade the analytical skills of staff in performing their currency management functions.
According to Emefiele, who was represented by the Director, Currency Operations Department, CBN Priscilla Eleje, currency management covers the entire lifecycle of the currency from the printing of banknotes and minting of coins, storage, distribution, and processing, to the disposal of unfit notes.
“Effective currency management depends on excellent information and insightful analysis
“Efficient and effective currency management commences with a strategic analysis of currency life-cycle,” he said.
He, however, said strategic management of currency is impossible without accurate forecasts of the demand for banknotes
In his remark, the Director-General , WAIFEM, Baba Musa, said currency management calls for a continuous effort by stakeholders “as efforts are being made towards achieving a totally cashless economy in some of their areas of authority.”
The DG, who was also represented by Director Emmanuel Owusu-Afriyie, raised the issue of counterfeiting, which he said is as old as money itself.
He said it continues to present a potential danger to national economies and financial losses to consumers.
“Generally, efforts towards protecting currencies from counterfeiters have increasingly become more dependent on partnerships between law enforcement agencies, financial institutions, and central banks as well as with the security printing industry and high-grade suppliers’ community,“ he said.
The five-day workshop is being attended by participants from the central banks of the five anglophone West African countries: Nigeria, Gambia, Ghana, Liberia, and Sierra Leone.