The Nigerian government says it is determined to continue to extract over 35,000 barrels per day of crude oil output lost to a community dispute in the Niger Delta region. 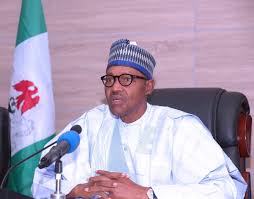 A dispute between Nigerian National Petroleum Corporation(NNPC) joint venture partner, Shell Petroleum Development Company (SPDC), Belema oil and communities around oil mining lease (OML) 25 in Rivers State led to the disruption of operations in the area.
Apart from the shutdown of the Belema Flow Station, about 35,000 barrels per day of crude oil output from oil concession was also lost.
After several attempts to resolve the dispute, a peace deal was finally brokered in Abuja a fortnight ago by Mele Kyari, the NNPC group managing director.
The peace deal was under the supervision of Timipre Sylva, the minister of state for petroleum resources,
To further the peace process, the Minister and the NNPC GMD on Saturday met with leaders and youth of the host communities and facilities of the disputed OML 25 in Kula Kingdom of Asari-Toru Local Government of Rivers State.
The NNPC GMD said the meeting was part of a peace mission to the communities to commission development projects in the Kula Kingdom.
He said the peace mission was necessary to resolve the dispute that has affected the peace of the communities and oil production in the oil concession.
In their separate addresses at the occasion, the duo assured indigenes and traditional rulers in the communities that the Federal Government was keen on attracting investments to the area and create jobs for the teeming youth.
“What we have done today is to ensure that normal life returns to this community so that, after two years of dispute, we would have found a lasting solution which would enable people to go back to their work, jobs will be created and the social services that ought to come with these activities will be restored,”  Kyari said.
He said the NNPC has the mandate of President Muhammadu Buhari to work with the various stakeholders to bring lasting peace to the  Kyari said the immediate priority of the NNPC and government is the restoration of peace to the host communities and not just to restore production.
He said this is because the government believes once peace is restored, about 35,000 barrels per day oil production from OML 25 will be restored.
The restoration of peace in the region will pave the way for the next stage for a re-entry process to the dispute area and evaluation of the damage to facility.