The Pension Operators Association of Nigeria (PenOp) has called for an improvement in the penetration rate of pension which currently stands at 11 percent. 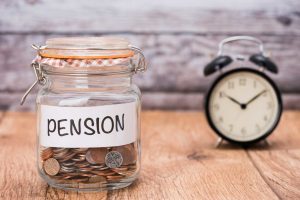 PenOp, meeting recently at its annual national assembly retreat, sought a ramping up of the percentage, expressing concern about the performance of the sector 17 years after its reform, as well as since the introduction of the contributory pension scheme (CPS).

The association made up of pension fund administrators (PFAs) highlighted issues that should be addressed to keep the sector continually on the growth track and ensure deeper penetration of the pension scheme among Nigerians.

While the operators noted that there has been remarkable growth recorded over the years, they also stressed that Nigeria still lags in pension penetration when compared with other countries. In this regard, they pointed out the need for strong political will among state governments, determination for self-regulation among the sector operators, capacity building, technological advancement and assurance of a better future for Nigerian workers who contribute to the pension fund and predictable policies on the side of the government in place of policy somersault.
Wale Odutola, PenOp president and the managing director of ARM Pension Managers noted that in the past 17 years Nigeria’s pension industry has made a laudable achievement since the Pension Reform Act was initially passed in 2004. He added that the industry has moved from a largely unfunded pension system to one that is fully funded, professionally managed by mainly the private sector, whilst also boasting that the CPS practised in Nigeria is an international best practice that is technologically driven and has grown over the period.
“There is marked progress with respect to the level of professionalism within the industry. The pension industry has raised the bar for professionals locally. The investment, risk and compliance professionals within the industry can favourably compare to their counterparts anywhere in the world. Indeed, the industry has bred a new class of pension professionals across board over the years,” he said.
He added that despite this, there are many areas where the sector falls behind its counterparts in other countries. “One area is the level of pension penetration. Nigeria currently has a pension penetration rate of approximately 11 percent of its labour force. This is low when compared to 19 percent in South Africa; 20 percent in Kenya, and 77 percent in the United Kingdom. Consequently, it goes without saying that the industry needs to deepen its level of penetration, especially in the informal sector.
“Another area of improvement is the level of pension assets to GDP. Nigeria’s level of pension assets to GDP is only a little over 7 percent while in developed markets, it’s typically above 100 percent, So, whilst the level of our pension assets are relatively large in absolute terms when you look at it in relation to GDP, it is actually low. This further speaks to the fact that we need to increase the level of penetration of the pension scheme in general,” Odutola stated.
Commenting on the micro-segment market of the sector, Muhammad Ahmad, former director-general, National Pension Commission (PenCom) noted that operators need to tap into this segment of the market to ensure an all-inclusive pension coverage whilst also stating that state governments play an important role in giving the workforce a more guaranteed future.
He, therefore, called on the PFAs to work in this regard highlighting trust-building as a major role of the operators with a focus on analysing the market.
Businessamlive Website Stats