Nigeria’s revenue can improve by N6 trillion  annually if the government discontinues its petroleum subsidy regime, according to Muda Yusuf, the chief executive officer of the Centre for the Promotion of Private Enterprises (CPPE).

Yusuf, who made the statement while  commenting on the 2023 Finance Bill, said the Nigerian economy is heavily burdened and encumbered by the fuel subsidy regime and the foreign exchange which has resulted in  annual losses of about N12.54trn, inflicted by the  government’s continuous fuel subsidy inclusion and sale of forex at the official window discount rate. 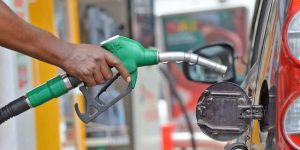 The CPPE executive said, “There is a plan to discontinue petroleum subsidy, which is a positive development. This action would unlock a minimum of N6trn revenue into the federation account annually.

The erstwhile director general of the Lagos Chamber of Commerce and Industry,also pointed out that the rate at which the Central Bank of Nigeria (CBN) sells forex at a discounted rate is hurting the government’s revenue.

According to him, Nigeria runs a multiple exchange rate window for investors and a parallel market where the rate trades at over N740 per dollar. The CBN, he added, sells at N453.09 per dollar while at Investors’ and Exporters’ foreign exchange window, the dollar trades at N461.20.

He also noted that the volatility in the foreign exchange rate has resulted in a loss close to N7 trillion  between 2021 to 2022,

He said, “In 2021, for instance, the Central Bank sold an estimated $18 billion US dollars as interventions in the foreign exchange market at a hugely subsidized average rate of N400 per dollar. The effective exchange rate in the economy at the time was N560 per dollar. This meant an estimated subsidy of N160 per dollar which translated to a conservative estimated revenue loss of N2.9trn.

“Similarly in 2022, an estimated $18 billion was sold as an intervention in the forex market at an average rate of N447 pert dollar. The average effective exchange rate for the period was conservatively about N650. Again, this meant a subsidy of N203/$. This translates to an estimated revenue loss of about N3.64 trillion.”

Yusuf averred that for an economy that is burdened by a huge fiscal deficit and unsustainable debt obligations, such action should be eliminated in 2023.