Nigeria’s total capital inflow declined 32.4 percent year on year to $875.62 million at the end of June 2021 compared to $1.29 billion reported during the same quarter of 2020. The figure also indicates a 54.1 percent decline when compared on a quarter on quarter basis from the $1.91 billion recorded in the first quarter of 2021. 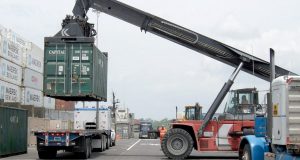 The data is contained in the Q1 and Q2 capital importation report released by the Nigerian Bureau of Statistics and obtained by business a.m.

A number of factors, including insecurity across the country, weakening local currency, and the coronavirus pandemic, have combined to hamper the investment landscape, resulting in the continued waning of investors’ confidence in the Nigerian economy.
The weakening of the Nigerian currency, the naira, against the dollar, in a bid by the central bank to gradually move to a unified exchange rate across all segments of the foreign exchange market is seen as another key factor that has contributed to the drop in capital importation. This is in addition to the effects of the coronavirus pandemic, which has moved from the second to the third wave along with the emergence of the latest delta variance, which have negatively impacted the Nigerian economy, hence the continued fall in the level of foreign investment into the country.
According to the NBS report, the largest amount of capital importation by type was received through portfolio investment, which accounted for 62.97 percent or $551.37 million of total capital importation in Q2 2021 from $974.14 million in Q1 2021. Out of this number, there was 216.8 percent appreciation from equities investment with bonds and money market instruments shedding 89.5 percent and 44.1 percent on quarter on quarter basis,, respectively to $14.54 million and $451.67 million from $138.69 million in Q1 and $808.57 million in Q2 apiece.

The portfolio investment category was trailed by the ‘other investment’ category, which accounted for 28.13 percent or $246.27 million of total capital imported.  The Abuja-based statistics office reported a negative performance across some investments in this category with ‘loans’ shedding 72.4 percent quarter on quarter to $209.7 million at the close of June 2021, while ‘other claims’ recorded an appreciation to $35 million, representing a 106 percent quarter on quarter increase and 0.1 percent year on year due to the effect of the pandemic, amongst other factors.
Foreign Direct Investment (FDI), which accounted for 8.90 percent and $77.97 million of total capital imported in Q2 2021, posted a 47.5 percent quarter on quarter decline to $77.9 million in Q2 from $148.56 million in the last quarter, while ‘other capital’ imported into the country through foreign direct investment recorded no import during the second three months of the year, but had a significantly low investment import during the first quarter of 2021.
Other major highlights from the capital importation report show that:
Businessamlive Website Stats