Nigeria’s sub-regional, Anambra State’s incoming large cargo and passenger airport at Umuleri, Anambra East Local Council of the state, already adjudged as Nigeria’s second biggest airport after the Murtala Mohammed Airport (MMA), Lagos, would dramatically change the narrative of air travels in the country, but particularly the south-east and south-south regions, industry watchers have suggested. It is also being predicted that the new airport, when it goes operational in April 2021, might just be able to challenge the MMA as one of the nation’s busiest air terminals, given the huge population and widely acknowledged dynamism of the people who constantly travel around the world. 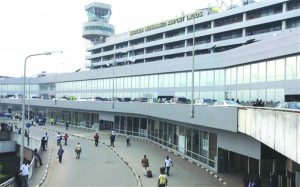 With a 3.7-kilometre long runway, a control tower sitting on 11 storeys building, the tallest in Nigeria, the state government says the airport is coming off as the most-modern in Nigeria, designed to revolutionize commerce in the country, particularly export and import business.

“Anambra people are easily the greatest importers in all of West Africa; and the people have 63 major markets, including the famous Onitsha Market, the biggest open market in West Africa. Modern and big as the Anambra International Cargo and Passenger Airport is, the state government is building it without a loan from any financial institution anywhere in the world,” Don Adinuba, the state commissioner for information and public enlightenment, said last week.

However, Anambra Airport is still in the oven, and must have to be fully baked, and compete for air passenger share with Nigeria’s 17 biggest air terminals in terms of number of airlines operating and their destinations covered, according to data from WorldData.info.

Adinuba said Anambra Airport project was financially exclusive of the state government, a state with a GDP economy of N4.2 trillion. He dismissed allusions that the federal government was building the air terminal, though it has been “very cooperative in developing the airport.”

He said the state government has been working closely with the Federal Airports Authority of Nigeria (FAAN) and the Nigerian Civil Aviation Authority (NCAA), adding that on October 5, Governor Obiano, after a meeting with President Muhammadu Buhari at State House, Abuja, visited Hadi Sirika, the aviation minister, where they discussed progress on the airport. James Odaudu, the director of public affairs in the Ministry of Aviation subsequently issued a statement quoting the minister as lauding Governor Obiano on Anambra Cargo Airport to be ready in April 2021.

“The minister said that the project will positively impact on the economic development of the state and the South-east region as a whole; and that the Federal Ministry of Aviation and its agencies will always give the necessary guide and cooperation to states embarking on such projects in order to ensure that all internationally set standards are met. Sirika said, airports can be viable if they are built with specific objectives in mind, and expressed the belief that the Anambra airport will be successful in serving the interests of the trading population of the state and environs,” the Anambra information commissioner quoted the minister to have said.

The commissioner informed that Allen Onyema, chairman of Air Peace, West Africa’s biggest airline, is among aviation chiefs who have visited the Anambra Airport in recent days, and expressed strong views about the vision and foresight and commitment of the state government in building the airport which will last for up to 100 years because of the quality of the materials, and the competence of the contractors. The airport will be ready for commissioning in April next year.

He added: “Other mega projects being executed by the state government without credit facilities from any financial institution, include the International Conference Centre in Awka, with a 10,000-sitting capacity, the largest in Africa; and the Awka City Stadium.”

Buhari: Few Nigerians holding most of the country’s wealth