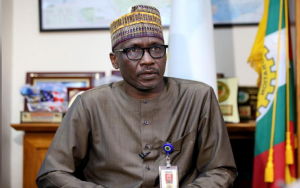 The OML 40 licence lies onshore in the north-western Niger Delta, approximately 65 km northwest of Warri, and covers an area of 498 square kilometres. Elcrest E&P completed the acquisition of a 45 percent equity stake in OML 40 in September 2012, and has been producing oil from the Opuama field since 2014.

The terrain is mangrove swamp intersected by the Benin River. Production from Opuama had started in 1975 peaking one year later, at 11,000 barrels per day. Production was exported by pipeline 67 kilometres south to Shell’s Forcados oil terminal. 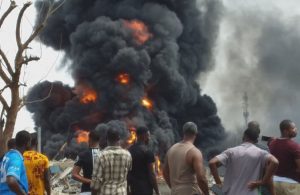 Kennie Obateru, NNPC’s group general manager, group public affairs division, in statement on the explosion, said there were no fatalities or injuries and no significant spill in the incident.

“There was, however, significant damage to the marine storage vessel, MT Harcourt, which will impact production by about 10,000 barrels of oil per day. NNPC has since commenced investigation to ascertain the cause of the incident with a view to averting future occurrence,” he said.