Oil prices fell on Tuesday, a day after data showing a decline in U.S. factory orders dragged both benchmarks down from 2019 highs. 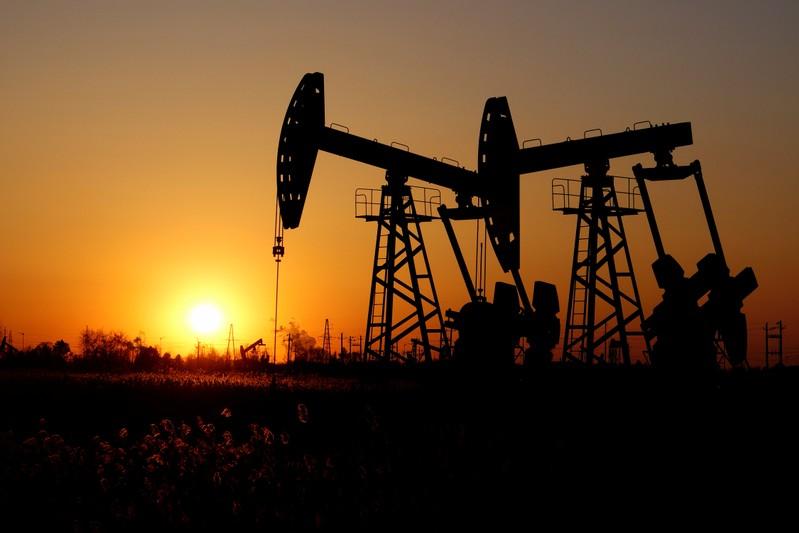 Despite the slide, investors expect U.S. sanctions on Venezuela and production cuts led by OPEC to head off a glut this year, buoying prices.
U.S. crude futures were down 50 cents, or 0.9 percent, at $54.06 a barrel by 1400 GMT. They touched their highest in more than two months at $55.75 the previous day.
Brent crude futures were down 46 cents, or 0.7 percent, at $62.05 a barrel, off a high of $63.63.
Trading proceeded at lower volumes in parts of East Asia because of the Lunar New Year holiday.
“Disappointing U.S. factory data sparked fresh concerns over a slowdown in the global economy, although losses were limited as OPEC cuts and U.S. sanctions on Venezuela continued to point to a tighter supply picture,” Cantor Fitzgerald Europe said.
The Organization of the Petroleum Exporting Countries and its allies, including Russia, agreed to production cuts effective from last month to forestall an overhang.
The oil industry generally believes the curbs will help to balance the market in 2019.
“You’ll see OPEC disciplined and therefore prices look fairly robust around where they are,” BP finance chief Brian Gilvary told Reuters, adding that he expects demand growth of 1.3 million to 1.4 million barrels per day in 2019 — similar to last year.
Analysts said that U.S. sanctions on Venezuela had focused market attention on tighter global supplies.
“Fresh U.S. sanctions on the country could see 0.5-1 percent of global supply curtailed,” said Vivek Dhar, mining and energy analyst at Commonwealth Bank of Australia.
The sanctions will limit oil transactions between Venezuela and other countries and are similar to, but slightly less extensive than, those imposed on Iran last year, experts said on Friday, after examining details posted by the Treasury Department.
Meanwhile, a Reuters survey found that supply from OPEC states had fallen the most in two years, with Saudi Arabia and its Gulf Arab allies over-delivering on pledged cuts while Iran, Libya and Venezuela registered involuntary declines.
Euro zone business growth almost stalled in Jan – PMI
Weighing on markets, however, was U.S. government data that showed new orders for U.S.-made goods fell unexpectedly in November, with sharp declines in demand for machinery and electrical equipment.
The global economic outlook and prospects for growth in fuel demand have also been clouded by poor economic data in China and U.S.-China trade tensions.