Oil prices fell sharply on Wednesday as China signaled it would play the rare earths card in its trade war with the United States, stoking concerns that an ongoing stand-off could hurt crude demand. 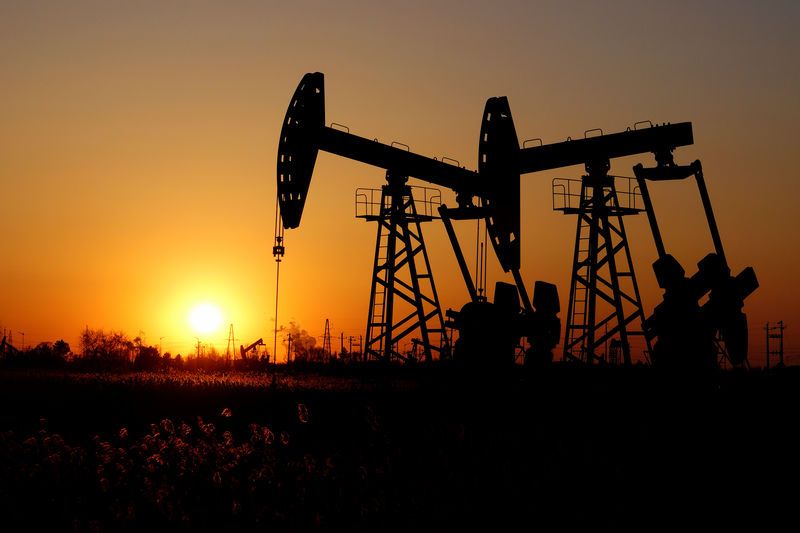 Supply constraints linked to OPEC output cuts and political tensions in the Middle East offered some support, however.
Front-month Brent crude futures, the international benchmark for oil prices, were at $68.68 a barrel at 1345 GMT, down $1.43 from the previous close, having hit a session low of $68.08.
U.S. West Texas Intermediate (WTI) crude futures were at $57.57 per barrel, down $1.57, after hitting a low of $57.14.
Both contracts are set for their first monthly decline in five.
In a sign of escalating tensions between the world’s two biggest economies, China signaled it was ready to use its dominant position in rare earths to strike back in a trade war with the United States, Chinese newspapers warned on Wednesday.
While China has so far not explicitly said it would restrict rare earths sales to the United States, Chinese media has strongly implied this will happen.
“China is the world’s biggest producer of these highly-prized raw materials and is poised to use them as leverage in its trade spat with Washington,” London brokerage PVM said.
Despite these concerns dragging on oil markets, crude prices remain relatively well supported.
“Supply risks remain at elevated levels with continued geopolitical uncertainty in the Middle East, as well as Venezuela’s well-known struggles,” James Mick, managing director and energy portfolio manager with U.S. investment firm Tortoise, said in an investor podcast.
Iranian May crude exports fell to less than half of April levels to around 400,000 barrels per day (bpd), tanker data showed and two industry sources said, after the United States tightened the screws on Tehran’s main source of income.
July Brent crude futures were trading at around $1.50 a barrel above the August contract, a structure known as backwardation, which points to a tight market.
“The last time it was any higher in this segment was in September 2013,” Commerzbank said. “That market participants are prepared to pay such a premium for oil that can be delivered at short notice points to tight oil supply.”
Adding to this are ongoing supply cuts led by the Organization of the Petroleum Exporting Countries (OPEC), implemented at the start of the year to prop up the market.
OPEC and some allies including Russia are due to meet in late June or early July to discuss output policy going forward.
Russian First Deputy Prime Minister Anton Siluanov said on Wednesday that the country would consider a possible extension of its oil output reduction agreement.