By Onome Amuge
Oil prices posted gains on Tuesday after declining for three consecutive sessions, but industry watchers are pessimistic over a bullish sentiment anytime soon following rising Covid-19 cases in Japan and softened demand figures in Asia, the most populous continent. 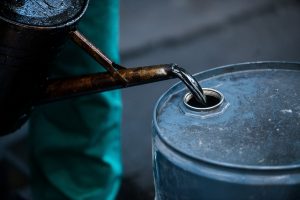 Brent crude, against which Nigerian oil is priced, gained  36 cents (0.5 percent) to $69.87 per barrel, while U.S. West Intermediate crude (WTI) was up 29 cents, (0.4 percent) to $67.58 a barrel. Both contracts had fallen for three straight sessions.
Market reports showed that global oil demand was flung into more worries as Japan, the world’s third largest economy, extended its state of emergency in Tokyo and other major regions over fears of an increase in Covid-19 infections.

Oil data in China, the world’s biggest oil importer, also showed that daily crude processing slumped to its lowest in July since May 2020 as independent plants reduced production amid tighter quotas, high inventories and weakening profits.
On the supply side, government data said U.S. shale oil output is forecast to surge to 8.1 million barrels per day (bpd) in September, the highest since April 2020. OPEC and its allies are however against an increased output as they believe the market, currently facing dampened demand in several countries, including giant consumers, China and India, does not need more crude at the moment.
Businessamlive Website Stats