Oil prices climbed 2 percent on Wednesday as the extension of U.S.-China talks in Beijing raised hopes that the world’s two largest economies would re 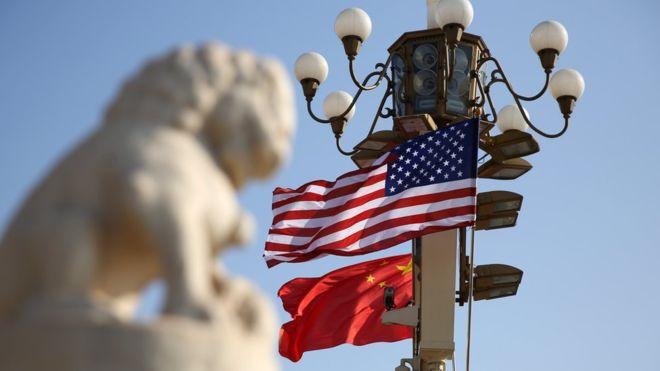 Both crude price benchmarks added to Tuesday’s 2 percent gains and have now been on the rise for eight straight days – their longest rally since June 2017.

“After a dreadful December for risk markets, crude oil continues to catch a positive vibe,” said Stephen Innes at futures brokerage Oanda in Singapore, citing tensions between the superpowers which have cast a pall over the world economy.

The trade talks in Beijing were carried over into an unscheduled third day on Wednesday, amid signs of progress on issues including purchases of U.S. farm and energy commodities and increased U.S. access to China’s markets.

“Talks with China are going very well!” U.S. President Donald Trump tweeted, without elaborating. State newspaper China Daily said on Wednesday that Beijing was keen to put an end to its trade dispute with the United States, but that any agreement must involve compromise on both sides.

“Buyers have placed all their betting chips on the US and China resolving their trade spat,” he said.

“A failure to secure a meaningful breakthrough in the coming days will therefore spark a turnaround in sentiment. It is also worth noting that the global economic outlook continues to darken,” he added.

The World Bank expects global economic growth to slow to 2.9 percent in 2019 from 3 percent in 2018, it said in a semi-annual report released late on Tuesday.

More fundamentally, oil prices have been receiving support from supply cuts started at the end of 2018 by the Organization of the Petroleum Exporting Countries and allies including Russia.

The OPEC-led cuts are aimed at reining in an emerging supply overhang, in part because U.S. crude output C-OUT-T-EIA surged by around 2 million barrels per day (bpd) in 2018 to a record 11.7 million bpd.