Oil futures were largely steady on Thursday, after falling to near five-month lows in the previous session, as sentiment remained weak on fresh signs of a stalling global economy and ongoing concerns about growth in supply. 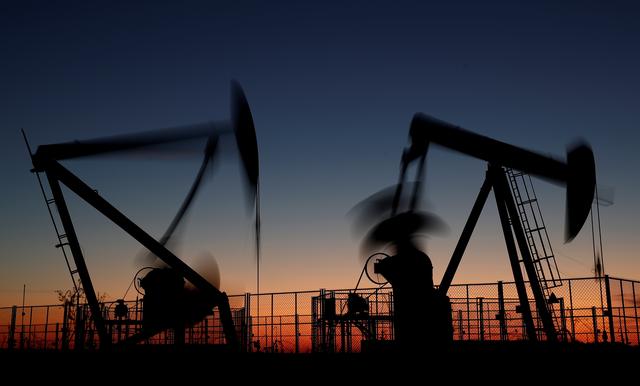 Brent crude futures were up 13 cents to $60.76 a barrel by 12:25 p.m. EDT (1625 GMT), while U.S. West Texas Intermediate crude futures gained 2 cents to $51.70 a barrel.
On Wednesday, the two benchmarks hit their lowest levels since mid-January at $59.45 and $50.60, respectively, after U.S. crude production hit a new record high and stockpiles hit their highest since July 2017.
Both Brent and U.S. crude are in bear-market territory, having lost more than 20% from peaks reached in late April.
Signals of slowing global economic activity have increased in recent months, fueled by trade tensions between the United States and China, the world’s top two energy consumers.
“Worries about demand destruction are really driving prices lower,” said Gene McGillian, vice president of market research at Tradition Energy.
U.S. President Donald Trump, in his latest public comments about the trade war, said he would decide on more China tariffs “probably right after the G20” meeting at the end of June, which followed his overnight threat to put tariffs on “at least” another $300 billion worth of Chinese goods.
The European Central Bank’s decision to push back the timing of its first post-crisis interest rate hike also dimmed the global economic outlook and cooled expectations for crude demand.
Prices rallied strongly in the first five months of the year to a high of nearly $75 a barrel, supported by supply curbs by the Organization of the Petroleum Exporting Countries and some allies including Russia. Supply has also been limited by U.S. sanctions on oil exports from Iran and Venezuela.
Members of the OPEC+ group are set to discuss whether to extend their supply curbs further later this month.
President Vladimir Putin said on Thursday that Russia had differences with OPEC over what constituted a fair price for oil but said Moscow would take a joint decision with OPEC colleagues on output at a policy meeting in the coming weeks.
U.S. crude production continues to surge, however, as increased drilling in the prolific Permian shale basin helped push output to a record 12.4 million barrels per day (bpd) by the end of May.
While the United States may now be the world’s biggest crude producer, shale oil is increasingly too light in density for domestic refiners or for exports.