What is the state of the road transport sector in Nigeria?

When you talk about the transport sector,  you are talking about road, air, waterways  and any  other means of moving people,  goods and services. 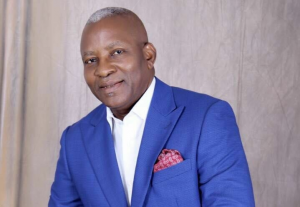 When it is narrowed to road transport,  I am an expert in that segment and I will  be able to talk about this area. This is about the most challenged segment of our transportation currently and its problems started more than  five years ago.

First, starting with the road conditions, which made movement very difficult, operations quite difficult and quite expensive. And in a few years, I must say that there was improvement in the road network. But a few years later, the issue  of insecurity, which used to be confined to certain parts of the country became widespread, not just in the far North, as we used to have it, but is everywhere now. So, it has made the perception of road travel quite poor in terms of security concerns. It has reduced a lot of patronage, those who could have gone by road now try to squeeze themselves to go by air.

Now, I’ll give you a particular scenario. The South-South and South-east now, where people used to travel a lot for festivities, including marriages – traditional and church, and the rest of them. You would have noticed that because of insecurity a lot of people now do their traditional marriages in Lagos and in the cities.

So you find out that people who would have travelled out for these social activities can no longer travel. You find out that insecurity has impacted negatively on the social aspect of travel and, of course, the business side of it.

There’s fierce competition in the road transport sector,  can you give us a sense of what it’s like now?

Yes, competition is fierce, but first of all I must say  that  competition is in every business, but why we say it is fierce in the road transport sector is because of the absence of regulation. Road transport seems to be an all comers affair. For the mere fact that you own a vehicle  means that you can start using that vehicle for some commercial activities with or without any regulation,  with or without any particular licensing. You find out that competition has been there and will continue to be there and gets fiercer, but the number of commuters is drastically reduced as a result of what I have enumerated earlier.

Presently,  the biggest issue with the sector is the cost of fuel. Many of the vehicles that are used for mass transit, for inter-city, are diesel engines. And you know what has been happening about the cost of diesel. This has further dwindled the profitability of the operators and it is difficult to pass on this cost to the end users,  i.e. the commutters.

In the face of the challenges the operators face,  what is the margin like?  Is it reasonable to attract new entrants?

There is no margin in the transport sector now,  everybody is operating at a loss. There is no margin right now as I speak; people are just trying to,  managing to break even. There is nothing like margin now.  I mean it, we made the budget at the beginning of the year that the highest price diesel would sell was N280, but a litre has gotten to above N800; how can you talk of margin? The petroleum products are going for above the operating cost,  above 80 percent.

ABC does pan-Nigerian routes and it is also known for its West African coast services,  how do both services compare in delivery  on your balance sheet?

What I will tell you, quite honestly,  the contribution of the west coast used to be high, up to 30-40 percent and with a good margin and with foreign exchange; but that was up till 2020. The west coast route was closed for two years from 2020 during the Covid-19 up till May 2022, when it was just opened.

So you find out that having opened again, it is still trying to build up. I think it is going to take another two years for it to return to what it was.

Navigating through the difficult economy of Nigeria,  may we know what is the next big thing Nigeria should expect from ABC?

We are talking about survival and keeping the business afloat, there is nothing big. If the country is not doing well economically, all sectors of the economy cannot  do well. Everybody  is  just talking about survival,  how to maintain your staff,  how to keep them working, there  is also devaluation of the local currency, the naira [to contend with].

Almost all the vehicles being used are imported; all major components are imported, which means you are going to buy them at twice the price you bought them three or two years ago. So, everybody’s concern in the sector is survival.

And of course,  you know that some routes have been closed because of insecurity. Places like Kaduna, of course, we have stopped going to Kaduna. If a train cannot go to Kaduna, a commercial bus can’t go there.  Other routes in the far North have either been closed or sealed off.

We know that technology has  enhanced  different aspects of our lives, can you tell us how much it has enhanced the road transport sector ?

Well, technology has enhanced our business to a great extent, meaning that we are able to track our performance, our vehicles and be able to predict, etc. It has been able to enhance us in terms of our operations.

But in what ways is ABC using technology to enhance its operations  efficiently?

We have  different segments for our operations. We have the cargo operation, the haulage operations, etc,  but you find out from the different segments that because of technology people can stay in their houses,  book tickets and pay without coming to the terminal to buy tickets and go home as was the case before. Technology has made it easier to track vehicles;  technology has made it easier to have statistics of the security of our passengers, cargo, tracking of goods and being able to use the wagon for cargo, all these are easier with technology. And even the tracking of vehicles, unlike before, if a driver had a difficulty,  you have to wait for him to come back and tell you, but with technology all those things are now easy.

Is there any means the  sector has employed to curb the challenges of banditry and kidnapping on the highways?

We are not the police. The only thing is that the sector is exposed; and it is affecting our business and it is a big challenge. It is driving away passengers, driving away profits, and in terms of coping, everything is in the negative.

ABC transport is the first,  and perhaps,  the only motor transportation  company on the Nigerian Exchange, how would you assess ABC foray into the exchange  market?

Well it is a good thing because it gives you a wider horizon and it ensures that you operate according to the first corporate governance. Like the stock quotation it allows people to come in and follow, to have  ownership of the company. So far, so good.

But as a channel  for accessing cheap funds, how helpful has it been to ABC?

It has not been helpful.

Are you saying it has not been helpful?

Now, ABC Transport, having gone to the Nigerian Exchange, which has not been helpful to it, can you pull out?

No, we are still there. One thing is that we did not go there because of cheap funds. Well, the issue is that even though you can do a Rights Issue, you can do the application through bonds to raise money, you find out that in a volatile economy like Nigeria, the process of doing it  corrodes the gains you have.

So, it is easier for me to go to the bank and borrow money at 24 percent and do what I want to do with the money and finish it in two months or three months, than applying to raise money through the Exchange, which can  take me one year, by then the money would have lost value.

The regulators are not helping issues, they should have  the orientation of the private sector in terms of speeding it [the process].