In an unprecedented scenario, in less than three ‘short’ months, no fewer than three persons have sat on Nigeria’s seat of the Accountant-General of the Federation (AGF) either in acting capacity or on a substantive basis. Up until May 18, 2022, Ahmed Idris was the substantive AGF—a seat he had occupied since June 25, 2015, when he was first appointed by President Muhammadu Buhari; and his appointment was renewed in 2019 when Buhari commenced his second term. But sequel to Idris’ suspension in May, via a letter from the Minister of Finance, Budget and National Planning, Zainab Ahmed, Mr Chukwunyere Anamekwe was appointed the AGF in an acting capacity on May 22, 2022, a position he occupied for barely one month, and got replaced on June 21, 2022 by Mr Sylva Okolieabo, who was appointed also in an acting capacity. 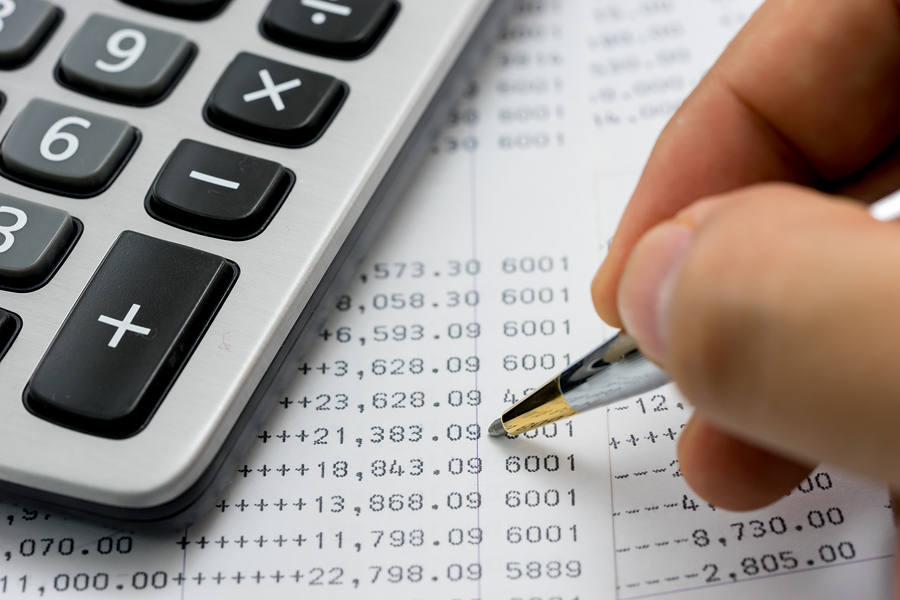 For clarity, the AGF is the administrative head of the country’s treasury, and the office bearer is usually appointed by the President of the Federal Republic of Nigeria (FRN) to serve a (renewable) four-year term as stipulated in the nation’s constitution. The AGF is the treasury manager of Nigeria and as such, decides to a very large extent how, when and where the nation’s financial resources are deployed/appropriated. Mr Idris, the last substantive occupant of the AGF seat, was arrested on May 16 by the Economic and Financial Crimes Commission (EFCC) “over alleged diversion of and laundering of about eighty billion naira.” The EFCC said, “verified intelligence reports showed that Idris raked off the funds through bogus consultancies and other illegal activities, using proxies, family members and close associates,” adding that the funds were laundered through real estate investments in Kano and Abuja.

Although the former AGF has been released “on bail” from the custody of the anti-graft agency since Wednesday, June 1, 2022, the whirlwind upset by his unceremonious exit and the ‘rigorous and tedious” process of replacing him are yet to settle. If anything, the AGF ‘bewitched hot seat’ has quickly claimed another victim, Mr Chukwunyere Anamekwe, who acted as AGF for barely a month but has since been booted out. Sylva Okolieabo who is now on the “hot seat” came from his former position as Treasury Single Account (TSA) director. But one ominous trend is that Sylva’s three predecessors were all tainted with corruption (embezzlement and misappropriation of huge public funds). Thus, even Mr. Jonah Ogunniyi Otunla, who Idris succeeded, was sacked by President Buhari for “fraudulent handling of about two billion naira” belonging to the federal government.

Although Anamekwe was only said to have been “redeployed”, available reports markedly point out his “undoing” as some statements regarding Nigeria’s unending borrowing and use of such funds in “paying salaries.” As acting AGF, he said at the opening of the fourth retreat for members of the technical sub-committee on cash management of the Office of the AGF, that the country’s expenditures were higher than its revenues. According to him, “due to dwindling revenues, the treasury had to resort to other sources in order to augment for the payment of federal government public servants. It is absurd. Ordinarily, we shouldn’t borrow to pay salaries.” Speaking on the theme of the retreat, ‘Enthroning Fiscal Discipline in Nigeria’s Public Financial Management: A Clarion Call to all Stakeholders,’ Anamekwe said the retreat couldn’t have been better captioned, “given the fiscal challenges the nation is facing at the moment.”

The acting AGF said there was an increase in government expenditure due to rising security challenges and social needs. “These issues call for an articulated deployment of fiscal discipline and strategies that will help mitigate these challenges,” he said, adding that “now that these challenges stare us in the face, you are all expected at this gathering to come out with ideas that will push us through.”

Obviously, this Anamekwe’s undiluted truth touched the federal government’s raw nerves; and it is now being alleged that the former acting AGF was removed for “being under the radar of the EFCC for sometime now on account of undisclosed offence.” And so, even when Mr Okorieabo is ‘temporarily’ on the ‘hot seat’, the federal government’s desperate search for a new AGF goes on. In a circular titled: ‘Commencement of the process of appointment of a substantive Accountant General of the Federation’, the Head of the Civil Service of the Federation, Mrs Folasade Yemi-Esan, directed permanent secretaries to forward details of eligible directors on salary grade level 17 to her on/or before 4.00 pm on Wednesday, July 6, 2022. In the selection exercise, those who have attained the position of substantive director (salary grade 17) on/or before January 1, 2020 and are not retiring from the service earlier than December 31, 2024, are eligible to participate in the exercise, while officers undergoing disciplinary proceedings are excluded from it.

Now that the deadline for the submission of the particulars of eligible officers has come and gone, the unenviable job of the Office of the Head of Service of the Federation to select “a needle from haystack” has just begun. And in a manner of speaking, there are several ways to get a needle out of a haystack: burn the haystack, and the needle will remain in the ashes; blow the haystack away; drop the haystack in water; use powerful magnet to pull the needle out of the haystack; and lastly, allow cattle to eat the haystack. It means there is no easy way to get the ‘angel’ AGF. This is proven by antecedents that are the tainted records and unceremonious exits of three consecutive predecessors of the current ‘temporary’ occupant of the ‘juicy’ and ‘powerful’ position. If anything however, the unenviable reports of the ‘ex-AGFs’ largely fault the recruitment process.

Unfortunately, the Nigerian civil service is a ‘closed system’ in which only ‘insiders’ know how it is run and how ‘best’ to run it. This means that the AGF and similar juicy positions are to be occupied by ‘experienced civil servants’. This ‘closed system’ and ‘civil service rules’ might not also allow the recruitment process to go through professional external consultants nor the inputs of a team of top civil servants with requisite professional knowledge. This leaves the Head of Civil Service of the Federation and her ‘small circle’ to do it the ‘usual way’ and come up with just another ‘new AGF’. And the rise and fall of AGFs goes on.