Considering the difficult economic, financial and political context in Nigeria and globally, insurance analysts have predicted an unavoidable tightening up by reinsurers with regard to the conditions for treaty renewals in 2023.

Though insurers have clearly identified certain avenues of recovery, many uncertainties are still straining the insurance market, including the inflation “pandemic”, which poses a risk of claim underpricing, the declining and increasingly uncertain level of financial investment affected by the the deterioration of the financial markets since September 2021, a decline exacerbated by the war in Ukraine.

According to the Atlas Magazine, an information site on insurance and reinsurance in Africa, Maghreb, and the Middle East, the decline in the capacities offered by the reinsurance market, the losses or strong reductions in profits, the low return on capital, geopolitical uncertainties and the maintenance of internal costs are among challenges facing the sector.

These unfavourable factors have been projected to weigh heavily on the conditions offered to insurers by reinsurers, such that insurance companies will find capacity at significantly higher terms and prices. This increase is poised to reach 10 percent or even 20 percent, particularly in the fire and natural catastrophe classes of business, according to the Atlas Magazine.

Meanwhile, there has been an increasing trend of reinsurers tilting towards property risk coverage, directly affected by the high percentage of uncertainty in that segment, which is reported to have increased significantly as of 2022 renewal. These risks are known to have more predictable and stable profiles, and are less exposed to the hazards of nature. As a result, reinsurers are turning more readily to third-party liability and specialty classes of business. 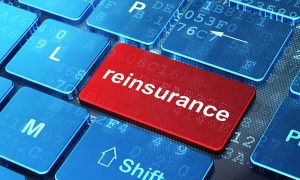 Inflation, nevertheless, remains a concern, even if several factors are working in reinsurance companies’ favour, such as the rates which seem to be consistent enough in these lines to mitigate risks, the very nature of liability insurance (long-term liquidation classes of business) which offers an increased possibility of return on investments made in parallel with insurance commitments. This has led to a significant drop in liquidity risk.

Insurance plays an important role in the transfer of risk across all spheres of life, especially in developing countries like Nigeria. This sector also faces several risks, necessitating the ceding of these risks with a larger insurance company. This is considered a germane reason the concept of reinsurance was created, to enable insurers to reduce the risks associated with underwritten policies by spreading risks across alternative institutions.

Reinsurers will further introduce more changes, including stricter time clauses to define the scope of natural catastrophes and even socio-political events; the limitation of the coverage of natural events to risks specifically mentioned in the contract; and lower commissions for proportional treaties.