Agriculture, supported by a diverse value chain, world population growth,unprecedented global demand for food and world market dominance, has over the years, played a significant role in the economic progression and sustainability of both the developed and emerging countries across the globe. 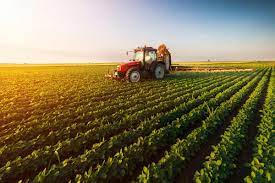 In spite of the dominance of oil revenues in government earnings, analysts assert that the agricultural sector with its extensive revenue sources, job opportunities and food security responsibility, remains the largest employer of labour and a key growth engine in the  socio-economic stability of Nigeria’s teeming populace. The National Bureau of Statistics further showed that the agriculture sector contributed 23.78 per cent to the country’s gross domestic product (GDP) in the second quarter of 2021, an indication of its significance to the country’s economy.

Regrettably, economic analysts observed that the sector has been besieged by numerous  challenges and one of  the  major hindrances to the sector’s development has been attributed  to insufficient capital and finance services. They posit that this  factor has limited productivity and left the significant potential of the sector hanging in the balance.

Over the past decades, impact driven smallholder agricultural lenders such as Agric-Business Small and Medium Enterprises Investment Scheme (AGSMEIS),Commercial Agriculture Credit Scheme (CACS),Agricultural Credit Support Scheme (ACSS),  Agricultural Credit Guarantee Scheme Fund (ACGSF),National Institute of Sustainable Agriculture (NISA), Anchor Borrowers’ Programme (ABP), Nigeria Incentive-based Risk Sharing System for Agricultural Lending (NIRSAL), and a host of others have been established to facilitate loans to smallholder farmers and increased access to finance and technical assistance. Commercial and micro finance banks have also experimented with models to provide financing to smallholder farmers who are tightly integrated into sourcing value chains. Though some of these schemes have recorded some levels of success, statistics from agricultural reports indicate they are yet to saturate the yearnings of many farmers who make up the major percentage of the agricultural value chain in the country.

In Nigeria, farmers and agribusiness owners require capital to access investment and get the required amenities including  land, machinery,  improved seedlings and storage facilities, that will enable them to achieve maximum production and impact in the economy.

According to a World Bank global development report, finance is one of the most relevant vehicles towards achieving growth in the agricultural sector because farmers’ decision to invest and to produce is closely influenced by access to financial instruments.

Some analysts and stakeholders in the Nigerian agriculture sector have however argued that the investment opportunities offered to Nigerian small holder farmers through credit fundings have been hindered by some challenges,leading to lowered productivity.

In a chat with Business A.M, a cocoa farmer based in Osun State who spoke under the condition of anonymity, said he applied for credit facilities under three agricultural loan schemes including the Anchor Borrowers’ Programme but was consequently denied despite meeting requirements. According to him, some of the agricultural funds announced by the credit schemes are far below the actual numbers as only a selected few are provided with credit facilities compared to the huge figures and large amounts disclosed to the public.

Tobiloba Hassan, a cassava farmer in Kogi State observed that a large chunk of smallholder farmers in the rural areas have little or no information about available credit facilities that can help boost their agricultural produce. He added that some who received credit facilities lack adequate knowledge in the use and process of these agricultural credits.

“Most financial institutions charge a high interest rate which makes it inconvenient for the farmer and in many cases, discourage smallholder farmers from applying for credit,” he said.

David Apenda, Lead -Agritech officer in one of Nigeria’s leading commercial banks, opined that the driving force for agriculture in Nigeria are smallholder farmers and one of the key elements to making agriculture a viable venture is access to finance.

According to Apenda, one of the reasons farmers have not really enjoyed sufficient capital in the agriculture sector from commercial/microfinance banks and other financial institutions is because many of the farmers operate in remote areas and the banks are discouraged by the transaction costs of servicing and funding the sector. He added that many of the farmers do not possess relevant data to enhance documentation, making it difficult for lenders to approve their credit demands.

Another challenge identified by the agritech expert problem is allegations of loan diversion by some of the farmers.  He explained that there have been instances where loans secured by farmers for agricultural purposes were expended on non-related  activities.

He also pointed out the challenge of loan default by farmers which can be traced to factors such as poor output, poor market sales, purchase of substandard farm implements, natural disaster such as floods, droughts, pest and disease infestation, among others.

Apenda asserted that there are various ways smallholder farmers gain better access to finance.  He recommended the formation of registered cooperatives and associations to enable the government through the CBN facilitated Anchor Borrowers Scheme and other intervention programmes, to help in providing access to finance for the farmers.

“When  farmers are organised through cooperatives, banks and other funding platforms will be better positioned to advance credit via the cooperative organisations as it reduces creditors’ risk,” he said.

He also advised that farmers need to be actively alert to ensure they have the right information about available  funding opportunities and investment programmes. He also

According to Hassan, there must be concerted efforts from the government and private sectors and other institutions to ensure that funds are readily available for aggregate sector players including farmers, processors, transporters and the likes.

Promise Amahah,president, Nigerian Young Farmers Network, urged farmers to begin perceiving agriculture beyond crop/livestock production and consider it as a business (Agribusiness) with well structured documentations and a thoroughly laid out business plan to attract funding. This, he said, would encourage financial institutions and other corporate organisations to finance their agricultural projects.

Amahah also encouraged the formation of agritech companies engaged in crowdfunding schemes, an innovative method of sourcing capital from the public which is advanced to the farmers and repaid to the public investors with returns on investments.