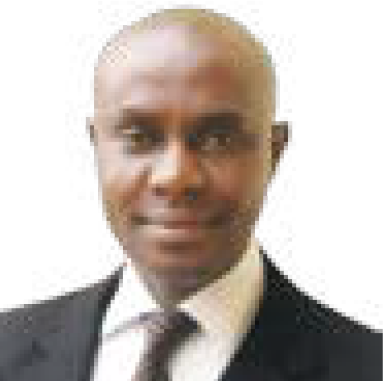 ECONOMIC RECOVERY PROGRAMME for the nation, in a post COVID-19 pandemic era, ought to be viewed from a global dimension, recognising the fact that virtually all the activities of the world are now starting afresh; having been completely reset by the pandemic impact.

It is believed that non of the sectors should be left out nor ignored in our bid towards achieving a realistic and formidable diversified export portfolio (both for the oil & gas sector, and the non-oil exports) at this time.

Looking inwards for solutions that can guarantee our economic survival is paramount, especially at this critical stage of restarting and building all economies that, one way or another, have suffered some challenges that
affected global economic calculations.

The Nigeria oil & gas sector has clearly gone through shocks occasioned firstly, by crude oil price volatility, and secondly, by the COVID-19 pandemic impact that has affected the nation’s 2020 budget and economic performance.

On this note, the following ideas and initiatives are put forward here, as innovative strategies that would
improve the revenue profile from the export activities of the oil sector.

Buying into the suggestions of an energy industry consultant and lawyer, Madaki Ameh to promote a radical shift in
the nation’s crude oil policy by recalibrating its crude oil management template, to become a 100% exporter of
refined products; and remodeled to the likes of Indonesia who at a point exited OPEC, while still generating revenue/ income 10 times the price of their crude exports; or Singapore that does not even produce crude but has over 50 refineries in the small island country, with roughly half of the nation’s population employed in the oil refining industrial sector, and is a major hub for refined petroleum products.

These critical points being raised are better enumerated as follows:

(1) That due to the nonperformance of the four existing refineries at Port Harcourt, Eleme, Warri and Kaduna; for
the time being (pending when they are fully privatised and fixed), government is advised to quickly start and deploy the excess forex that shall be raised from the 2020 reviewed budgetary benchmark of $25/ barrel, as the accrual from the Excess Crude Account (ECA); or better still, the 3rd objective account of the Sovereign Wealth Fund (SWF), characterised by its productivity and transparency, as established by statute; with an objective of investing in domestic infrastructure.

Now that crude price has started going up again ($40 at the time of writing), if for instance the $15+ is accumulated for another 24 months, the government could successfully build and commission the cumulative 400,000 barrels daily capacity, of the proposed three greenfield refineries proposed since 2011 (i.e., Lagos with 200,000 barrels; and 100,000 barrels each at Bayelsa and Kogi).

Hand them over for management to capable concessionaires that shall efficiently run them under a win-win package that shall be well articulated and structured as a Private Investors/ Hire Purchase/ government partnership arrangement. The prospective operators shall make an initial substantial promissory deposit to the government as part of the total cost, untill they are fully paid up by those private handlers, whose organisations must be known big players in the industry, among the indigenous oil and gas companies.

The reason for this template to be completed by the federal government is because it has already done the process midway since 2011; and secondly, the volume of cash/capital involved could be raised easily by government through the suggested mode, considering the urgency and time factor involved. We appear to be running late to meeting up with the locally produced products for self sufficiency policy in the economy!

The Dangote Group’s Lekky facility of 650,000 barrels daily capacity is more than enough for the nation’s daily
needs but, being a privately owned plant, the organisation has its private business plans on how to operate it.

There is one vital point that must be touched and looked at very seriously, at this juncture. It’s the issue of the FG/NNPC’s decision to plan along the line of total internal utilisation of every drop of crude produced, like the policy of Indonesia (as also suggested by Madaki Ameh). This is, indeed, food for thought for the FG/NNPC,
considering its overwhelming financial benefits, attractiveness, if the country eventually gets there, as a refined products hub in the sub-Sahara Africa.

This is a very strategic concept, the FG could consider, and be raking ten times the amount of crude price in forex earnings; especially now with the soon to berth AfCFTA (the continental multilateral body), and exit OPEC like Indonesia did (where only raw material/crude is exported, without adding value to the resource). Nigeria still remains the largest crude oil producer in Africa; Angola’s presence in the continent not withstanding.

(2) The downstream should be fully deregulated; with fuel subsidy removal now in force, to allow for the creation of an attractive enabling environment to investors into local refining operations. The crude oil price to all local refiners ought to be specially fixed (discounted below the international oil market price, at all times) at the downstream by PPPRA.

(3) The roadmap of short and medium term priorities aimed at developing a stable oil & gas sector, with improved
transparency, efficiency, stable investment climate to transit the economy from the status of an “Import Dependent
economy” to a “Net Exporter” of refined products, would, not only create job opportunities, value addition by as much as ten times its worth in our crude oil sale, GDP growth but, the backward integration and import substitution approaches fixed as part of restarting and building for recovery; shall launch us into the international market, as no longer a mono-economy exporter but, a multiple exporter from this singular sectorial improvement.

We would have also achieved the status of “self-sufficiency”, improving and increasing our forex earnings from the sector geometrically! At the same time, strive further to keep repositioning our economy like the Singapore’s model, with a proliferated number of modular refineries all over the oil rich, Niger Delta region and beyond; as expected in the FG’s objectives.

This feat if actualised includes improved security challenges/crime rate from restiveness and illegal activities.
Sustainable operations that conserve capital flight from lack of infrastructure in the downstream is assured; in
addition, peaceful coexistence is promoted and achieved among all stakeholders in the host community, with a
near complete elimination of environmental degradation that is normally associated with crude oil theft and pipeline vandalisation, effectively controlled.