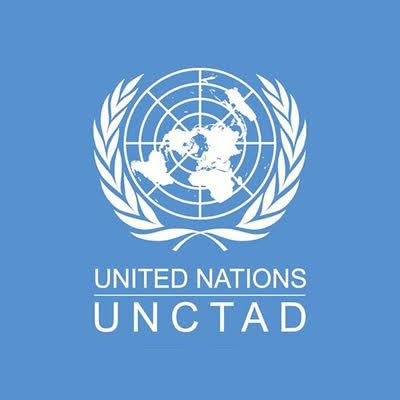 The United Nations Conference on Trade and Development has warned against restricting supplies of medical exports to developing countries, noting that the implications of cutting supplies to poor countries will not only have devasting consequences domestically, but will also have serious implications for the rest of the world.

In a report titled, “Export restrictions: Fighting COVID-19 with hands tied,” UNCTAD observed that in an interconnected and globalised world, normality will only truly resume once all pockets of the outbreak are controlled or eradicated.

In the report authored by Pamela Coke-Hamilton, Director, and Ralf Peters Chief, Trade Information Section, Division on International Trade and Commodities UNCTAD described COVID-19 as “a harsh test not only to the world’s healthcare systems, but also to our trading relationships.”

Medical supplies account for five percent of world merchandise trade, totalling $2 trillion, and are concentrated among a small number of exporters.

“We are at a point where the world has already lost hundreds of thousands of lives, and stands to lose many more, while countries are facing difficult decisions as they seek to flatten this pandemic’s curve.

“However, striking the right balance between national self-interest and global collective survival is posing additional, difficult challenges in the fight against COVID-19,” UNCTAD stated.

Many developing countries, particularly least developed countries, are highly dependent on the steady and consistent availability of products from these producers to respond to their health challenges.

For countries without technological or productive capacities, importing these medical supplies is an absolute necessity. As a result, the world’s main medical exporters are key players in our global response to COVID-19, said the report.

The report continued, “Unfortunately, as the virus has spread, we have also seen a rising tide of national self-interest. Germany, the United States and India, three of the largest exporters, have at various points indicated that they will cease the export of key medical products.

“Although these giants of the market have rowed back to some degree their restrictions in the face of global furore, the beggar-thy-neighbour approach has taken hold. In moves to secure national supplies, nearly 80 countries have imposed some form of restriction on the export of medical supplies.

“These restrictions not only limit global availability but also jeopardise the affordability of these life-saving products, raising prices and disproportionately hurting  the world’s poorest and most vulnerable.

“This situation is likely to worsen as the importation of affordable and legitimate medical supplies and medicines becomes more difficult. As prices rise for increasingly scarce medical resources, it will leave most developing countries with even fewer options to adequately protect their populations, further propagating the virus and raising mortality rates significantly.

“Neglecting the needs of developing countries will not only have devasting consequences domestically, but it will also have serious implications for the rest of the world. In an interconnected and globalized world, normality will only truly resume once all pockets of the outbreak are controlled or eradicated.”

UNCTAD noted that while the tendency to act out of self-interest is a natural instinct, one that must be tempered with comprehension of the larger picture.

It insisted that disrupting vital global production chains using export restrictions would be detrimental to everyone in the long run.

“This is especially true in a time of crisis when we need these production chains to work as smoothly and efficiently as possible to save the most lives possible. We have a shared, global responsibility to slow the spread,” the report concluded.

FG prorogates fuel supply to stations within 20km of the borders