Governor Nyesom Wike of Rivers State appears to be setting sail with his second-term all-inclusive governance in the oil-rich state, with approval to the state-owned Rivers State University (RSU) to undertake an employment boom that would see at least 10,000 academic and non-academic staff taken in across institutions of higher learning in the state. 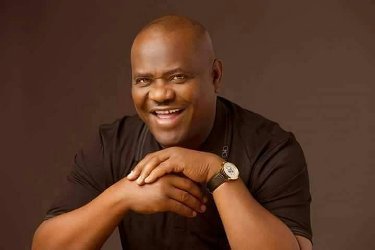 He specifically told the governing council of the 39-year-old former state university of science and technology (before its recent rejigging and renaming) of his approval for “immediate commencement of employment of academic and non-academic staff at the university.”

Governor Wike further informed that the state government would implement the de-centralization of the RSU, with the construction of the Ahoada Campus to be started soon.

During a visit to the governor by the RSU governing council led by its Pro-Chancellor, Iche Ndu, a Justice, he had urged the governor to approve the employment of new academic and non-academic staff for the institution.

This stemmed from the university’s recent transformation from initial special-purpose science and technology ivory tower, to an all-purpose varsity, which also include the College of Medical Sciences, a University Teaching Hospital and Faculty of Law, among other faculties in the arts/humanities and social sciences.

During his electioneering campaigns late last year, Governor Wike severally spoke of his administration’s intention to get in more qualified graduates into the teaching and non-teaching segments of educational institutions of the state.

With only two state-run universities (RSU and Ignatius Ajuru University of Education), two polytechnics (Port Harcourt Polytechnic and Ken Saro-Wiwa Polytechnic), a bustling population of nearly 7 million people, Rivers, an oil-rich state with an estimated Gross State Product (GSP) economy of $23 billion appears clearly under-served educationally, given that more than 60 percent of its population are and children and young people.

Some educationists who spoke with our correspondent have advocated for the establishment of more tertiary educational institutions, given that the two federal institutions (University of Port Harcourt and Federal College of Education (Technical) Omoku, are already jammed with teeming certificate and academic laurel-hungry young people.