Rotary,  a global network of volunteer leaders dedicated to tackling the world’s most pressing humanitarian challenges, on Monday unveiled plans to give US$100 million in grants to support the global effort to end polio disease, a vaccine-preventable disease that once paralyzed hundreds of thousands of children each year. 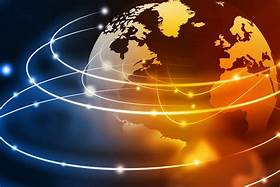 The funding comes as Rotary and its partners in the Global Polio Eradication Initiative (GPEI)   collaborate to address the final and most pressing-challenges to ending poliovirus transmission across major regions worldwide. A news report by the Africa Press Organisation (APO) Group on the initiative quoted indicated that Nigeria had for close to three years now reported no cases of wild poliovirus, thereby bringing the Africa region closer to polio-free status.

The chairman of Rotary’s Nigeria PolioPlus Committee, Dr. Tunji Funsho, was quoted as saying that “routine immunization in high-risk states is helping us prevent new cases of wild polio.

“Although the polio infrastructure has become stronger and allows us to also respond to other serious health concerns, we must remain committed to ensuring the political and financial support necessary to ending polio in Nigeria and around the globe for good”, the medical expert added.

According to the news report, while there were only 33 cases of wild poliovirus reported in 2018, the last mile of eradication has proven to be the most difficult.

The report listed barriers to polio eradication as including, weak health systems, insecurity, and mobile and remote populations–must be overcome, noting that as long as a single child has polio, all children are at risk, which underscores the need for continued funding and commitment to eradication.

To support polio eradication efforts in endemic countries, Rotary is allocating half the funds it announced today to Afghanistan ($16.3 million), Nigeria ($10.2 million), and Pakistan ($25.2million).

The World Health Organisation (WHO) will receive $1.3 million to conduct research and also receive $10.9 million support for its African and $4 million for Eastern Mediterranean regions’ surveillance activities.

Rotary has committed to raising $50 million a year to be matched 2-to-1 by the Bill and Melinda Gates Foundation, amounting to $150 million for polio eradication annually.

The global network group has contributed more than $1.9 billion to fight the disease, including matching funds from the Gates Foundation, and countless volunteer hours since launching its polio eradication program, PolioPlus, in 1985.

In 1988, Rotary became a spearheading partner in the Global Polio Eradication Initiative with the World Health Organization, UNICEF, and the U.S. Centers for Disease Control and Prevention.

The Gates Foundation later joined. Since the initiative launched, the incidence of polio has plummeted by more than 99.9 percent, from about 350,000 cases in 1988 to 33 cases of wild poliovirus in 2018.