Samsung and Apple are increasingly losing their share of the smartphone market to China’s Huawei, according to new research, with consumers put off by the high price tags attached to their premium models. 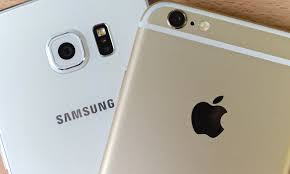 Market data released by tech research firm Gartner Thursday showed Huawei’s share of the smartphone market climbed to almost 15 percent in the three months ended December 2018, up 4 percentage points from the same period a year earlier.
Competitors Samsung and Apple still rank first and second in terms of market share, covering approximately 17 and 16 percent of the industry, respectively.
However, both lost market share in the fourth quarter year-over-year, according to the figures. Apple’s share of the sector dipped 2 percentage points, while Samsung’s fell about 1 percentage point.
“Apple has really been losing ground on a couple of things, especially when it comes to emerging markets like Greater China,” Anshul Gupta, senior research director at Gartner, told CNBC in an interview. “What we are seeing in China is that the leading Chinese players have raised the quality of their smartphones significantly.”
Apple sold 64.5 million iPhone units in the fourth quarter 2018, Gartner estimated. That’s down almost 12 percent from the same period in the previous year, marking the worst quarterly year-on-year decline in iPhone shipments since the first quarter of 2016.
The company has said that lagging sales overall are mostly due to its sluggish performance in China. It said in its most recent results that iPhone revenue had fallen 15 percent in the first quarter year-over-year, which CEO Tim Cook said at the time was the result of customers “holding on to their iPhones a bit longer than in the past” and “macroeconomic factors particularly in emerging markets.”
Gupta said: “When you look at the flagship smartphones from Huawei, or from Oppo and Vivo, they have features that one can find in the flagship smartphones of Samsung and Apple, but at the same time the prices are quite low.”
He said Apple’s iPhone and Samsung’s Galaxy are seen to get only “incremental and marginal improvements” during each upgrade cycle. Coupled with the roughly $1,000 retail value of the pair’s high-end devices, consumers are increasingly turning to cheaper devices from the likes of Huawei and other Chinese brands which offer similar specs, he said.
Just overnight, Samsung took sky-high pricing to a new extreme with the launch of its $1,980 foldable phone, the Galaxy Fold. Commentators have already started warning that the cost may be too pricey to attract buyers.
People are also increasingly showing the same “pride” with owning a Chinese model as they would with an Apple or Samsung device, Gupta said, as the domestic players increase their brand visibility in international markets.
Huawei has not been without its own problems, but those relate more to political pressure than concerns over price and innovation.
U.S. officials have raised concerns over the potential for Huawei’s phones and telecommunications equipment to be used for espionage on behalf of Chinese intelligence. Allies have been barring access for the firm’s equipment into their next-generation 5G mobile networks.
Moreover, Huawei’s Chief Financial Officer Meng Wanzhou was arrested late last year in Canada, and currently faces extradition to the U.S. Meng — the daughter of Huawei founder Ren Zhengfei — is accused of committing bank and wire fraud to violate sanctions on Iran.
The company has denied Washington’s claims and Ren recently described the arrest of his daughter as being “politically motivated.”
Still, Gupta said the negative press was having little effect on Huawei’s global smartphone sales.
“They don’t have much business coming from the U.S., especially when it comes to devices,” he said. “Their volume has been almost negligible in that market.”
He added that international scrutiny of Huawei was unlikely to have an impact on its smartphone business as the governments casting doubt on the company’s practices are more concerned with the firm’s telecoms gear in their 5G rollouts.
Businessamlive Website Stats