The Saudi Arabia-owned Saudi Agricultural and Livestock Investment  Company (SALIC) in Australia Thursday said it has made its first  agricultural investment in Australia with the acquisition of Baladjie
Pty Ltd. 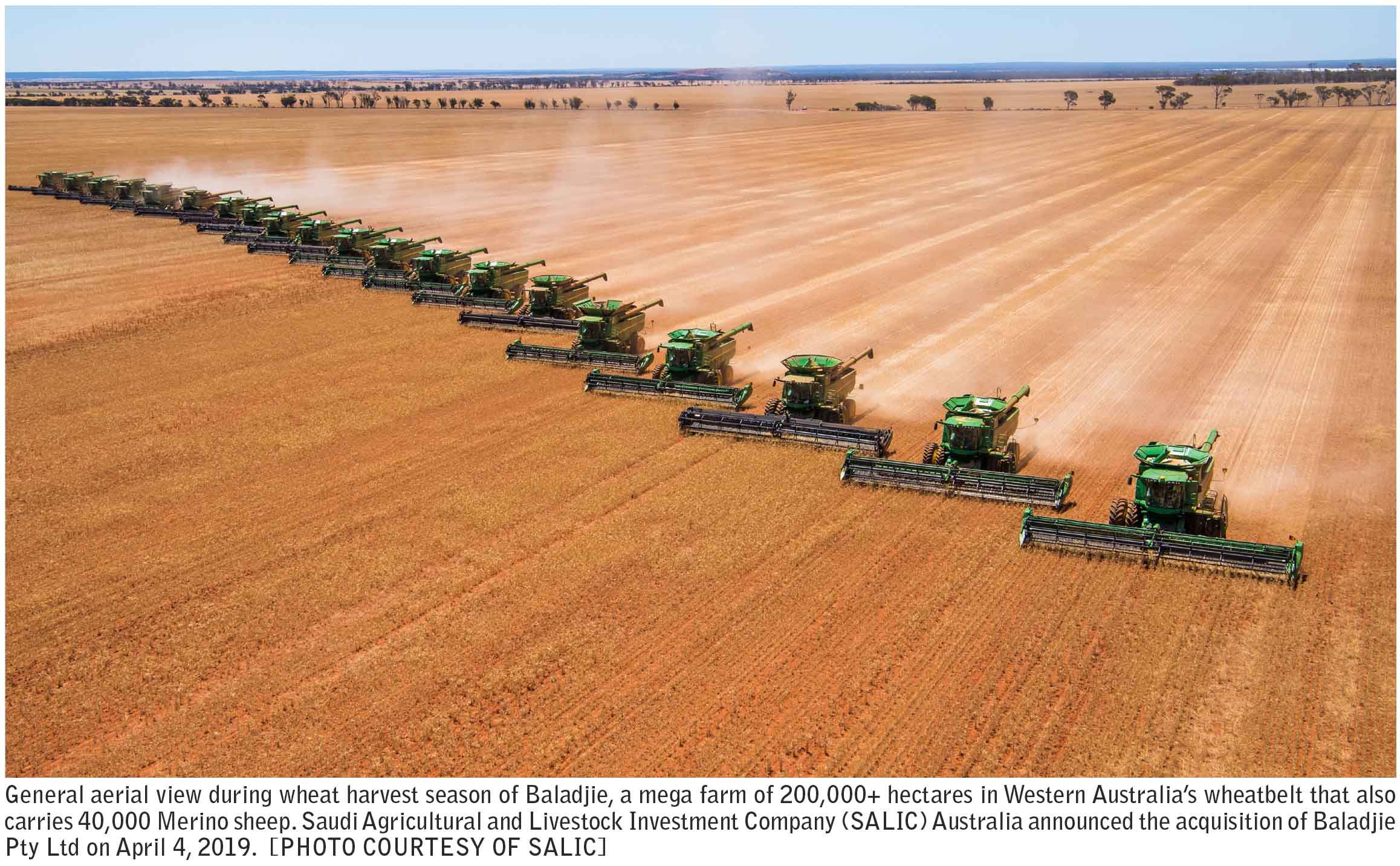 In a statement made available to business a.m. Baladjie is described as an aggregation of over 200,000 hectares of farming in Western  Australia’s wheat belt that also carries a 40,000-head Merino sheep flock.

It said the the aggregation comprised John and Julie Nicoletti’s farming interests and other third-party options, adding that the transaction closed Thursday following the receipt of non-objection approval from
Australia’s Foreign Investment Review Board (FIRB).

Matthew Jansen, chief executive officer of SALIC KSA described the acquisition of Baladjie is an important step for SALIC as it continues with its effort to build the company’s global footprint in a meaningful way.

“It is our first acquisition in Australia as well as our first investment in sheep production,” Jansen said.

The local team in Australia is expected to build on the legacy of John Nicoletti, said Willaim England, SALIC’S head of production agriculture investments, adding that there are plans for the local team to manage the livestock and grain production enterprise for the long term with a focus on sustainability, profitability, environmental responsibility and support for the local rural community.