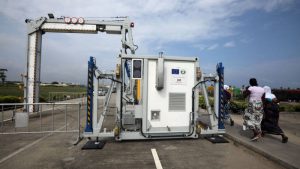 This is even as the upper chamber of the federal legislature urged the Federal Government to increase the Border Community Development Agency’s (BCDA’s) funding, while also mandating its Committee on States and Local Government to carry out a comprehensive investigation on the level of compliance with the Act establishing the agency.

These resolutions were reached after the consideration of a motion on “the need to pay attention to the plight of border communities in Nigeria” during plenary.

The sponsor of the motion, Senator Sadiq Suleiman Umar (APC, Kwara North) explained that when the BCDA was established, the agency had a detailed counterpart funding mechanism under the Border Communities Development Agency Act 2003 to ensure development of border communities.

The lawmaker pointed out that the deductions made from these accounts at source even before the commencement of the commission had no significant impact on member states, the local governments and border communities.

Umar explained that this necessitated the subsequent amendment of Section 9 of the BCDA Act by the National Assembly in 2006 after a protest by Governors of Border States.

He said: “Border communities are in dire need of development in the area of infrastructure, health, education, water and access roads, but the BCDA has not been able to cater for the needs of these communities because of insufficient funding.”

The lawmaker noted further that “authorities from Benin Republic responded to that incidence and constructed a bridge across the river, but Nigeria did nothing in respect of same, resulting in Bukuro community threatening to secede from Nigeria.

He, therefore, canvassed the Federal Government’s intervention in providing infrastructure and social amenities for the border communities so as to create a sense of belonging among residents.

While supporting the motion, another lawmaker, Senator Jibrin Isah Echocho (APC, Kogi East), emphasised the need for the Federal Government to create a separate intervention fund to address the problems of border communities in Nigeria.

He maintained that such alternative would create a better fiscal option to address permanently most of the sundry challenges facing residents of border communities.