Shell Petroleum Development Company (SPDC) and stakeholder communities of its Oil Mining License (OML) 25 in Akuku-Toru Local Government Area of Rivers State in Nigeria have agreed on the procedures for the re-opening of the oil flow station, which was shut down by them in August 2017. 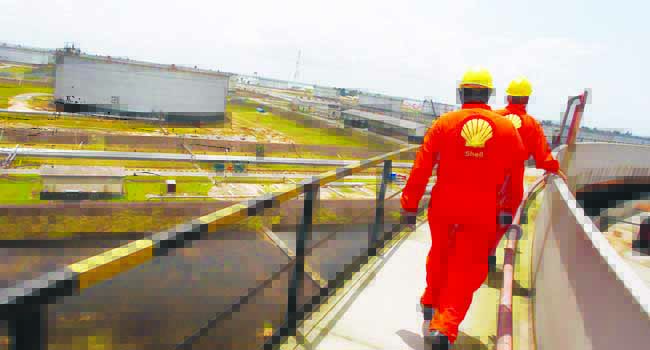 The stakeholder communities and Shell will on Monday, July 1, sign a Memorandum of Understanding (MoU) to be facilitated by the Rivers State Government on their respective responsibilities in the final resolution of the conflict.

This was the outcome of the meeting on Thursday between the stakeholder communities of OML 25, the SPDC, security service commanders and officials of Rivers Government, which was at the behest of Governor Nyesom Wike.

Since June 22, Wike has been on seeking mutually agreed solution to the two-year melée, between the Anglo-Dutch oil giant and its Opu-Kula host communities, which led to the shutdown of OML 25, a facility which the oil company had last year October secured a new 20-year mining lease from the Federal Government.

Rivers officials were led at the meeting by Tammy Danagogo, the secretary to the state government. The solicitor-general of the state would draft the memorandum of understanding on the premise of the resolutions reached at the meeting. The MoU would be signed on Monday, July 1.

Danagogo read out four key resolutions reached during the crucial meeting, leading to re-opening of OML 25.

“SPDC should pay the agreed funds into an account. The permanent secretary, community affairs, has been mandated to ensure that the funds are transferred to the communities.

“SPDC should be able to pay the available sum latest by Monday. Shell would pay N260 million and N75 million by Monday.

“The communities should within 7 days of signing the resolution, vacate the facility. Also, within two weeks, Shell should pay the remaining part of N1.014 billion.”

Also, the meeting resolved that SPDC would obtain approval from NAPIMS to pay community royalty that had accrued between 2009 and 2013.

Meanwhile, within two weeks of signing  the resolution, Rivers Government would set up a platform for Shell and stakeholder communities to renegotiate the Global Memorandum of Understanding (GMoU).

Igo Weli, Shell’s general manager, external relations, confirmed that the first set of funds to the stakeholder communities will be paid on Monday. He also said SPDC agreed to pay within two weeks of signing the resolution, the outcome of the financial reconciliations.

Weli added that SPDC in line, with the resolution of the meeting, would seek NAPIMS approval for payment of funds for 2009 and 2013.

Rowland Sekibo, chairman of Akuku-Toru Local Government Area, said that the meeting initiated by Governor Wike has recorded a milestone with agreement on the funds to be paid by SPDC.

Major Jack, member of the Rivers State House of Assembly representing Akuku-Toru Constituency 1, commended the state government, SPDC and stakeholder communities for building synergy that would end in the signing of the MoU next Monday.

Hope Opusingi, the traditional ruler (Amanyanabo) of Opu-Kula, expressed the people’s happiness with the agreement reached at the meeting, especially the reconciliation of the funds to be paid by SPDC.  He said those occupying the flow station were being paid to do so. He said technically, the flow station has been opened, as the occupants of the facility were doing so illegally.

Kroma Eleki, the Amanyanabo of Kula, called for the development of Kula upon the reopening of OML 25. He said the developmental challenges of the community should be resolved.