A Federal High Court in Abuja on Monday, admitted Tunde Ayeni, former Chairman of the defunct Skye Bank Plc, now Polaris Bank and Timothy Oguntayo, former Managing Director of the bank, to bail in the sum of N50 million each.
The Economic and Financial Crimes Commission (EFCC), charged Ayeni and Oguntayo with money laundering, involving N4.75 billion and  $5 million. The case was adjourned until Feb. 13 and 14 for commencement of trial.
The trial Judge, Justice Nnamdi Dimgba, who admitted Ayeni and Oguntayo to bail, also ordered them to produce two sureties each in like sum.
Dimgba ordered that if the two failed to perfect their bail conditions  within 36 hours, they would be remanded in Kuje Prison. 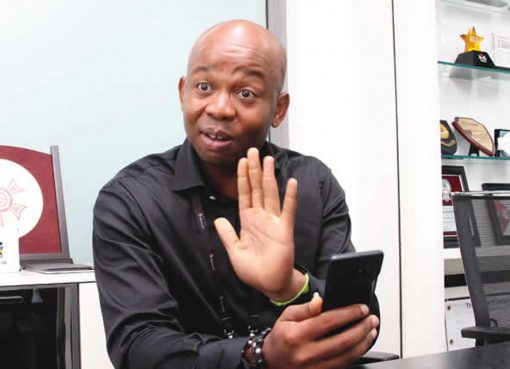 He also ordered that the if surety is a civil servant, he/she must be on G15 and if a private citizen, the person must own landed property in Abuja or Lagos.
Justice Dimgba ruled that the sureties must deposit their international passport with the registry of the court.
Earlier, following the not guilty plea, the prosecuting counsel, Mr Abba Mohammed prayed the court for a date to commence trial.
He also urged the court to remand the defendants in prison custody pending commencement of trial.
Mr Dele Adesina (SAN), counsel to Ayeni, and Mr Tola Oshodi (SAN), counsel to Oguntayo, however told the court that there were pending bail applications filed on behalf of their clients which had already been served on the prosecution.
The EFCC alleged that the offence allegedly took place between 2014 and 2015.
They both pleaded not guilty to the eight-count charges preferred against them by the anti-graft agency.
The charge against the duo was that: “You, Mr Tunde Ayeni whilst being the Chairman Board of Directors of Skye Bank Plc and Timothy Oguntayo whilst being the Managing Director and Chief Executive of Skye Bank between 2014 and 2015 conspired at different times to do on illegal act.
According the charge, Ayeni received the delivery of the sums of money totalling N4.75 billion and $5 million belonging to Skye Bank Plc contrary to the provisions of Section 1(a) of Money Laundering (Prohibition) Act 2011 (as Amended) read together with section 18(a) of Money Laundering (Prohibition) Act 2011 (as Amended) and punishable under Section 16(2) (b) of the Money Laundering (Prohibition) Act 2011 (as Amended