Sterling Bank, a national commercial banking, has announced a 264.7 per cent increase in its trading income amounting to N7.1 billion for the third quarter of 2020, compared to the N1.9 billion it recorded in the same period of 2019. 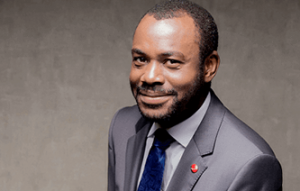 The financial institution, in its Q3’20 unaudited financial statement, filed to the Nigerian Stock Exchange (NSE), showed that the progression by the bank, was realised despite the prevailing outcome of the pandemic, which has characterized the macro-economic environment and the attendant fiscal reforms by the federal government.

Accordingly, the tier-1 commercial bank also recorded a marginal 2.77 per cent decline in its profit after tax (PAT) to N7.37 billion at the close of the 9-months trading period, from N7.58 billion; in the corresponding period of 2019 while there was a 4.88 per cent uptick in its profit before tax to N8.02 billion for the nine months ended September 2020 from N7.65 billion a year ago.

Though, the bank noted that it was able to maintain a strong capital position of 16.1 per cent and liquidity position of 32.5 per cent, which are above regulatory benchmark.

Abubakar Suleiman, managing director and chief executive officer of the bank, commenting on the performance said: “With economic activity picking up in the third quarter, following the gradual ease in the nationwide lockdown, we continued to leverage on our existing remote work policy to enhance workforce productivity while ensuring uninterrupted service delivery to both existing and new customers.

“Our performance continues to reflect positive results of strategic decisions and investments in our focus areas as we continued to record significant improvement in both funding and operational costs. Overall, we delivered a 7.2 per cent increase in operating income and a profit after tax of N7.37 billion despite prevailing uncertainties around the COVID-19 pandemic and recent fiscal reforms,” the CEO stated.

According to him, the 264.7 per cent spike in the trading income of the bank moderated a slower loan origination brought about by the protracted lockdown, and the 26.2 per cent dip in fee income was occasioned by the downward review of electronic banking fees.

“Our cash and short-term balances increased in line with the higher regulatory reserves while interest income also declined by 6.7 per cent, which was offset by a 17.0 per cent decline in interest expense. This delivered a 120 basis points drop in the cost of funds and, consequently, a 100-basis points increase in net interest margin,” Suleiman disclosed, adding that the bank proactively increased its cost of risk by 100 basis points to 1.9 per cent while recording a marginal increase in non-performing loans ratio to 2.9 per cent, well below the target of 5 per cent.