Zenith Bank, a leading Nigeria Tier-one lender, saw its third quarter 2020 gross earnings increase by four percent (4%) to N509 billion from N491 billion, its unaudited Q3 result for the quarter ended September 2020 has shown. The result shows the group’s resilience despite having to face, like many businesses, the challenges occasioned by the Coronavirus pandemic. 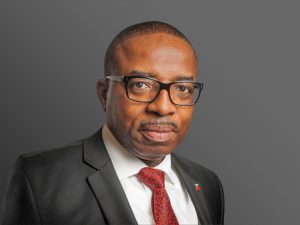 The unaudited financial statement filed to the Nigerian Stock Exchange (NSE) at the weekend and accessed by Business A.M, showed the growth was recorded as a result of non-interest income growing by 11 per cent year-on-year to N173 billion from N157 billion recorded at the end of Q3 2019, which in turn, reflected the group’s increasingly diversified business model.

It reported a marginal rise in profit before tax (PBT) to N177 billion at the end of Q3 2020, representing one per cent growth compared to the N176 billion posted in the corresponding period last year.

Despite the reduction in the total interest income from N322 billion to N319 billion, there was a five percent net interest income rise to N225 billion year-on-year, a demonstrating the group’s ability to deliver favourable pricing for its interest-bearing assets and liabilities in a declining environment. In the same way, expenses relating to interest and cost of funds went down by 13 per cent and 27 per cent to close at N94 billion and 2.2 per cent respectively, which translates to a robust treasury and liquidity management by the group.

Also, affirming the group’s prudent credit risk management, the report shows that in the aspect of asset quality, the group’s non-performing loan (NPL) ratio rose to 4.80 per cent from the expected 4.95 per cent in 2019, in spite of growing loans and advances by 17 per cent from N2.5 trillion as at end of December 2019 to N2.9 trillion at the end of Q3 2020. Meanwhile, the liquidity and capital adequacy ratios (CAR) remain above regulatory thresholds of 30 per cent and 15 per cent respectively at 67.4 per cent; with the banking arm standing at 52.5 per cent and 21.5 per cent respectively at the end of Q3 2020.

Meanwhile, the group recorded a year-on-year increase in its profit after tax to N159.32 billion as at 9-months ended September 2020 from N150.72 billion recorded during the corresponding period of 2019. However, year-to-date Zenith Bank share has gained 37.9 per cent and is outperforming the NSE all share-index by around 9.5 per cent.