Raw sugar futures on ICE surged higher last week as it edged towards the preceding season’s peak with the market being buoyed by short-term supply tightness and an unrelenting demand. 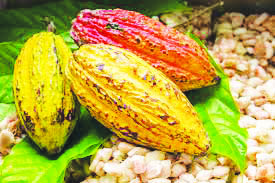 Analysts at Germany based universal bank, Commerzbank, attribute the tight market situation to the processing season in Brazil which drew to a close at the end of 2020.

The new season in the leading sugar producing South American country is set to begin in April 2021, meaning that no new supply will reach the market from there for the time being.

However, dealers are optimistic about an increase in exports from India. The third largest exporter is capable of bringing relief to the otherwise scarce commodity, though the premium for March over May has soared and now stands around 0.82 cents, an increase from the 0.6 cents recorded last month.

A market report by Dutch multinational financial corporation, ING, noted that Indian sugar is capable of dominating the global sugar market, given the country’s domestic surplus supported by the export subsidy announced by the government late last year.

Dealers have raised concerns that the continuous lockdowns across Europe could further crunch demand while farmers in top producer, Ivory Coast, have been forced to sell beans for less than the guaranteed farmgate prices as a result of falling demand from buyers.