Tax revenue, which is the income generated by governments globally to fund public services, is one of the primary sources of government revenue amassed from individuals, public enterprises, trade, royalties on natural resources, amongst other sources.  And in today’s world, tax is attracting attention like never before, and not just by governments via tax authorities, but by businesses and corporations, where tax is at the forefront in driving decisions on policy change strategies and business transformations.

However, it is to be noted that the tax ecosystem is undergoing a digital revolution that is driving transformational changes like never before as improving tax compliance and provision of valuable data is gradually becoming the ultimate objective for tax administrators globally.

Given the pace of advancement seen in tax technology development authorities all over the world, tax authorities in Nigeria have been encouraged to improve tax administration and decision making through intensified implementation of automated technology.

Speaking at the recent KPMG tax technology webinar themed, “Enhancing Tax Compliance through Technology-sharing: The FIRS experience”, Adewale Ajayi, partner & head of the tax and regulatory advisory division of KPMG, said it is only through the development of the automated tax administration that the government can transform tax from what it used to be to how it is meant to be in the future. 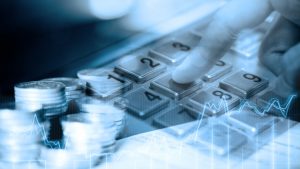 Referencing Muhammad Nami, the executive chairman of  the Federal Inland Revenue Service (FIRS), Ajayi said TaxProMax, an innovative tax collection solution by the FIRS, has enhanced the ease of paying taxes in Nigeria, and reduced the cost of tax compliance.

“The impact of TaxProMax has greatly contributed to the efficiency of tax collections and the record-breaking performance of the service. So, TaxProMax will reduce the burden that taxpayers undergo and make it more efficient and, of course, we saw the achievements of FIRS in 2022,” he added.

Speaking on the benefits of the automated tax administration in Nigeria, the KPMG partner noted that the introduction of TaxProMax in 2021 helped to generate more revenues.

He, however, pointed out that despite its benefits, the tax automated system has been hindered by resource constraints.

“The tax authorities don’t have all the resources that they need, so we need to find a more efficient way of doing things. We have seen the changing taxpayer behaviour, as we know in Nigeria today, paying taxes can be a burden. So, this is one of the factors affecting automated taxation in the country,” he noted.

He highlighted other things that individuals must take into cognisance to include:

“One thing you have to take note of is that technology has now become a requirement in most things you do, because if you don’t join the technological trend, time will come when you will not be able to process anything. Everybody is going digital, and the question is are you going to be proactive, or reactive?” He concluded.

Also speaking at the webinar,  Chiaka Ben-Obi, the group lead, digital and innovation support group (DISG), Federal Inland Revenue Service, described automation technology as a realignment which  includes new initiatives on business compliance, the engineering and processes, especially to be able to compete in the ever-changing digital world.

According to Ben-Obi, the changes in rapid advancement in technology has led to an enhancement in connectivity, financial inclusion, and customer expectations, which is putting pressure on businesses to deliver in real time.

“As a result, tax administration rich as the Federal Income Tax, are adopting technology to automate their processes, and manage compliance to enhance a better taxpayers experience, and also to protect and sustain our tax base so as to reduce the administrative burdens,” she said.

Sharing the FIRS experience, the group lead said FIRS is undergoing technological transformation to tackle the needs of the ever changing businesses by first of all engineering its processes, so as to improve taxpayers experiences and increase revenue generation, which really is the ultimate economic development of Nigeria.

Speaking on the pros of automation, she said it has  increased employee productivity, improved communications and better customer experience.

On the flipside, she noted that one of the major challenges  has been insufficient adoption.

“It’s one thing to deploy technology, it is another to get people to use them. And again on digital security, we realised that we have to invest a lot of money on security to protect the data of our taxpayers and also to protect the system from being hacked by those who are not known.

Ben-Obi also mentioned the resistance to change, not just internal, but also external, low adoption of technology, and continuous evolution of laws as challenges hindering automation.

According to the FIRS group lead, the path  of successful automation in the public sector is complex, sometimes requiring legislative support. She, however, suggested that existing knowledge and experiences should be leveraged on to achieve the objectives.

She also called for a  review of the tax laws and administration, noting that some of them are archaic and do not align with the current trend, especially with the digital economy.

“We have to intensify collaborations with stakeholders, we hope to be taxpayer centric, and continuously improve the FIRS structure so as to align with the ever changing business world, and also improve capacity and standardised communication medium,” she said.

Ben-Obi also emphasised that technological advances for the government system present opportunities not just for the government, but also for citizens. She added that its adoption and adaptation is a key business enabler, and the cornerstone for any nation’s development.

“Our belief in FIRS is that with the implementation of FIRS’ four cardinal goals and the digital transformation strategy, FIRS is emerging into a future in which the experience of paying taxes will become virtually painless,” she concluded.