Tin prices recovered from Thursday’s loss to end the week on a positive light, buoyed by a demand surge and a sagging dollar. 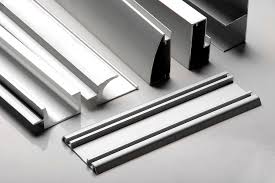 The metal used in solder to connect components in electronic devices pushed up gains for 12 consecutive weeks to close at $23,986.00 per tonne.

Daniel Briesemann, commodity analyst at Commerzbank, Germany, said demand is very robust and speculators are likely to make the market even tighter.

Robin Bhar, an independent analyst, said there is a mismatch of supply and demand with the supply deficit set to continue throughout the year.

Bhar noted that a price of around $250,000 a tonne is needed to boost supply to meet demand. He added that demand for tin is expected to expand to feed industries such as consumer electronics, renewable power, electric vehicles as well as, internet infrastructure.

The market, according to the International Tin Association, is expected to be in deficit of 2,700 tonnes this year following a 5,200 tonne shortfall in 2020.

Nearly half of the estimated 350,000 tonnes of tin used annually is in the production of solder to connect components in electronic devices, with China topping the global consumer list.

Aluminium prices on the London Metals Exchange and the Shanghai Futures Exchange (SHFE) enjoyed a bullish week as the dollar faced a retreat while dealers remain under the cautious mood over the delayed $1.9 trillion stimulus bill expected to boost demand of the second most utilised metal in the world.

Both LME aluminium cash (bid) price and LME official settlement price closed the week on Friday at $2007.50 per tonne, recording a gain of $28 per tonne from the previous day and $22 per tonne over the week.

On the SHFE, benchmark aluminium price rose this week by $55 per tonne.

On Monday, the price stood at $2352 per tonne, which remained the same until it dropped on Wednesday, to $2326 per tonne. On Thursday, prices climbed to $2365 per tonne and further increased the following day to close the week  at $ 2407 per tonne.