Two major cost management related actions at both the Nigerian Gas Company (NGC) and the headquarters helped Nigeria’s state-owned energy giant, the Nigerian National Petroleum Corporation (NNPC) post a 54 per cent surplus in its trade surplus for the month of December, figures contained in the corporation’s monthly financial and operations report (MFOR) for the month have shown. 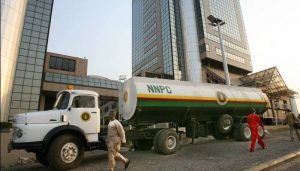 Specifically, at the NGC, there was a substantial decrease in expenditure as a result of cost reduction in overheads, while at its corporate headquarters, the NNPC management saw to a 38 per cent reduction in its deficit, which helped to reduce pressure on revenues for the month under review.

“These healthy performances dominated the positions of all other NNPC subsidiaries to record the Group surplus,” the corporation said in a statement by KennieObateru, group general manager, group corporate affairs division.

The monthly financial and operations report (MFOR) for any month shows the trading surplus or trading deficit after deduction of the expenditure profile from the revenue in the period under review.

The NNPC saw a trade surplus of N13.43 billion for November 2020, up 54 per cent from the N8.71 billion surplus recorded in October. The November figure was derived from $108.84 million in sales of crude oil and gas exportfor the month.

Export sales of crude oil and gas for the month stood at $108.84million, making a 70.33 per cent increase compared to the previous month. Crude oil export sales contributed $73.09million (67.15 per cent) of the dollar transactions compared with $12.38million contribution in the previous month; while export gas sales amounted to $35.75million in the month under review. The total crude oil and gas export for the period of November 2019 to November 2020 stood at $2.89billion.

In the gas sector, a total of 222.34 billion cubic feet (bcf) of natural gas was produced in the month under review, translating to an average daily production of 7,411.52 million standard cubic feet per day (mmscfd). For November 2019 to November 2020, the corporation produced a total of 3,004.06 bcf of gas, representing an average daily production of 7,642.69 mmscfd during the period. Out of this volume, production from Joint Ventures (JVs) accounted for 67.29 per cent, production sharing contracts (PSCs) accounted for 19.97 per cent, while the Nigerian Petroleum Development Company (NPDC) accounted for 12.74 per cent.

A further breakdown showed that 137.41 bcf of gas was commercialized, consisting of 39.99 bcf and 97.42 bcf for the domestic and export market respectively. This translates to a total supply of 1,332.82 mmscfd of gas to the domestic market and 3,247.44 mmscfd of gas supplied to the export market for the month. This implies that 62.55 per cent of the average daily gas produced was commercialized, while 37.45 per cent was re-injected, used as upstream fuel gas or flared. Gas flare rate was 7.89 per cent for the month under review translating to 577.39 mmscfd.

Also, 789 mmscfd was delivered to gas-fired power plants last year November to generate an average power of about 3,358 MW compared with October’s 750 mmscfd.