U.S. President Donald Trump sounded an optimistic note on Friday as high-level trade talks with China entered a second day, while Beijing indicated it was open to a “partial” deal that would avoid a planned hike in tariffs on its goods this month. 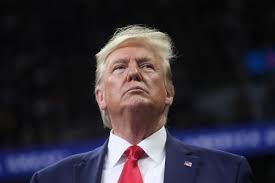 The two sides have been locked in on-again, off-again talks to resolve a 15-month trade war that has roiled financial markets, uprooted global supply chains and stoked fears of a global recession.

Officials, including U.S. Treasury Secretary Steven Mnuchin and Chinese Vice Premier Liu He, resumed the negotiations in Washington early on Friday. Liu is scheduled to meet Trump at the White House at 2:45 p.m. EDT (1845 GMT), according to the White House public schedule.

“Good things are happening at China Trade Talk Meeting. Warmer feelings than in recent past, more like the Old Days. I will be meeting with the Vice Premier today. All would like to see something significant happen!” Trump wrote on Twitter.

Mnuchin, arriving for the negotiations in Washington, told reporters the talks were “going well.”

A Chinese state newspaper said on Friday that a “partial” trade deal would benefit China and the United States, and that Washington should take the offer, reflecting Beijing’s aim of cooling the row before more tariffs kick in.

Both sides have slapped duties on hundreds of billions of dollars of goods during the dispute, and Trump is threatening to raise tariffs to 30% from 25% on about $250 billion in Chinese goods on Oct. 15 if there is no progress on a deal.

On Thursday, Liu said China is willing to reach agreement with the United States on matters that both sides care about so as to prevent friction from leading to further escalation of the trade war. He stressed that “the Chinese side came with great sincerity.”

Adding to that, the official China Daily newspaper said in an editorial in English on Friday: “A partial deal is a more feasible objective”.

“Not only would it be of tangible benefit by breaking the impasse, but it would also create badly needed breathing space for both sides to reflect on the bigger picture,” the paper said.

Trump, who said on Thursday that talks wit