What may perhaps turn out to be Governor Emeka Ihedioha’s single most important policy master stroke since he assumed office last year, may after all be the Treasury Single Account (TSA) Executive Order 005 he signed and rolled out last July.  It is difficult to apply advanced strategies in a largely illiterate society like Nigeria’s. Thus, if a policy is not about project execution (roads, electricity, facilities such as schools, 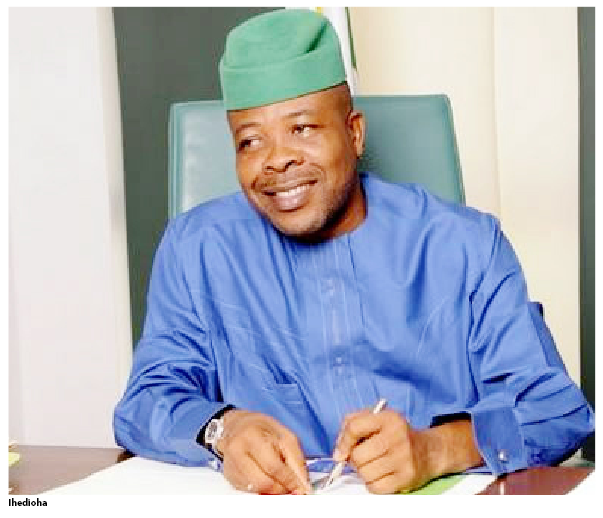 hospitals, etc) most citizens would not think anything important was in that singular policy action.

Many may never know that if you do not get your policy bearing right, you may never  get the physical steps right. On this score, the masterstroke called TSA rolled out in Imo State by the new governor may be the engine that would create the much needed funds to execute the physical infrastructure everyone is yearning for.

Unveiling the Imo TSA policy, Ihedioha said he was doing it in keeping with his promise to ensure financial accountability and transparency in his administration. He thus directed the immediate closure of all revenue accounts operated by the ministries, departments and agencies (MDAs) in the state, stressing that it will ensure financial probity which is a priority of his administration.

Many said Imo has no money but everyone wants Ihedioha to solve all problems. He has decided to gather before spending. A true leader would start by gathering what is available within his domain before going for external support either at the national or international levels. It is also when you prove frugal in managing what is at home that external lenders would develop confidence in your ability to manage what they may bring.

He showed he is averse to waste and loopholism by decrying a situation where MDAs operated parallel revenue accounts with the Board of Internal Revenue, contrary to the dictates of the TSA policy. He equally rejected the existence of a plethora of revenue collection contracts in various revenue segments, which are largely uncoordinated without requisite regulatory measures.

Others saw this situation and did nothing, perhaps they rather fixed their own proboscis and sucked. It’s like a loose husband who finds that his new maid was promiscuous. Instead of getting angry and alerting his wife, he would rather conceal it and take his own share. Could this be what was happening in Imo State in the past many years?

Ihedioha also prohibited the collection of cash as payment for services rendered by government and its agencies, directing that all such payments be made to designated bank accounts of the state. He also directed that henceforth, all payments, including deductions from the salaries of civil servants, be remitted at the time of paying salaries to the Treasury Single Account maintained by the Board of Internal Revenue.

No reasonable society runs on cash payments anymore because it is the most porous system and it breathes corruption. So, why did Imo not go cashless in terms of revenue collection all these years if intentions were innocent? How would anybody who called his administration a rescue one leave cash payment alone all these years? It is here that other reformers start. Even big stores do not accept cash anymore, but a government allowed cash collection in revenue.

Now, Ihedioha says it is the policy of his administration as decided by the state Executive Council to consolidate revenue receipts through the operation of the Treasury Single Accounts for all receipts. He has thus directed the Imo State Financial Advisory Committee to immediately review all subsisting revenue collection contracts with a view to ensuring that the revenue terms of engagement optimize the contribution of such revenue sources to the state’s finances, under the supervision of the office of the Attorney General of the state.

People may not care to know that the Imo TSA policy regime is the first product of the committee system of administration that the new governor has initiated. He has proved that the brains needed to rescue Imo are located in Imo heads. Thus, he picked a team headed by one of Nigeria’s most talented financial wizard, Abraham Nwankwo, the man that helped Nigeria’s federal government in the sensitive sector (Debt Management) to do wonders. The new governor asked his team to do a financial re-engineering for a state. It shows that men who have honed their skills well enough to serve Nigeria well can be attracted back home to render advisory services.

Nwankwo leads the Financial Advisory Committee which has briefed the Expanded Executive Council meeting, at Government House, Owerri. If Ihedioha is not a financial wizard, is it not great thinking that he recognized the one who is, and has deployed his strategic intelligence in a specialized sector? This is what leadership is all about; yet, some see nothing but frivolity in the governor’s use of committees. Imo has brains and Ihedioha is tapping as many as are willing to be tapped. After all, a recent past US president said Nigerians may have many problems but that they have brilliant heads and that these brains would one day think Nigeria out of its headaches. Now may be the time, and Ihedioha may have started.

The strongest appeal that TSA holds is that it collapses many accounts into one. Nigeria by 2014 had over 10,000 accounts run by its ministries and government departments (MDAs). These accounts create loopholes that civil servants and the politicians that head them exploit to dribble the system.

In the case of Imo State, hundreds of bank accounts may exist through which MDAs siphon funds and leave the state perpetually broke. Yet, only the governor will bear the blame of government failure whereas the loot was shared by multitude.

According to a research work on the assessment of the implications of the TSA adoption on public sector accountability and transparency in the European Journal of Accounting Auditing and Finance Research written by Igbekoyi Olusola Esther and Agbaje Wale Henry, TSA is a stitch in time that saves nine holes.

Another stitch that Ihedioha may be saving for Imolites is the fact that MDAs are required under FR 701 (Financial Rule 701) to obtain the approval of the Accountant General of the Federation (or state) for all their banking transactions. With thousands or hundreds of such accounts, how can any AGF give the required number of approvals, even if he would have no other job?  The outcome would be free fall as MDAs run these accounts without control.

The research also revealed existence of dedicated accounts outside the Consolidated Revenue Fund (CRF) with huge balances while the government suffers scarcity of funds. The MDAs use these funds as extra-budgetary funds. That would be why every December 31,  those close to government account managers would notice heavy movement of cash. This is when the accountants of MDAs print receipts and retire the surpluses in their numerous accounts so that nothing would be carried over to the new financial year. Government will be poor but those who run it would be stupendously rich.

Thus, without TSA, government would continue to beg that MDAs should remit funds to the government account to no avail. Now, with TSA, no government fund would hang loosely anywhere. This may be how Ihedioha gradually becomes unpopular with some public servants in Imo State, yet the common man would not know why.

Research has indicated that keeping numerous accounts with commercial banks as Imo State did caused problems with bank clearing transactions. Dealing with numerous signatories could pose problems and create loopholes for embezzlement. Imo has cured this with its implementation of TSA. It would thus be easier for the Ihedioha-led administration to monitor the finances of Imo State. This would for once show the citizens the actual financial capacity of Imo State. If this is achieved, it would be Ihedioha that belled this cat.

Imo State would now know how rich or poor it is. Taxes would now get to destination and the national IGR rating by the National Bureau of Statistics (NBS) would now tell Imo State the truth. Investors and lenders would now use correct indices to make informed investment decisions and correct prediction of the state’s financials. The journey to the Imo of our dream may have started.