WHO says about 93,000 Nigerian women, children die from firewood cooking 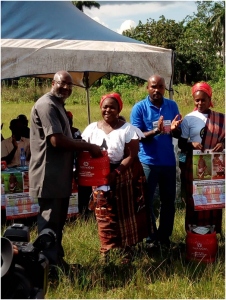 This women-routine-exercise has gone on for several centuries, but hardly did any of them know that each open firewood cooking exercise pours out volumes of smoke inhaled by the women. Repeated trice every day for months and years, this hazardous traditional cooking method eventually leads to the women dying of firewood-smoke.

The World Health Organisation (WHO) in a 2012 report said that smoke from firewood kills approximately 93,000 vulnerable Nigerian women and children every year, making it the third greatest killer of women and children in Nigeria after malaria [225,000 deaths] and HIV/AIDS [192,000 deaths].

The report said that added to the health costs, the millennia-old toxic, inefficient traditional cooking methods burn 90 percent more wood than required to achieve cooking objectives.  This has cost poor, bottom-of-the-society-pyramid families essential resources that could have been deployed to achieve better productive – nutritional, educational and health – outcomes. Also, the International Centre for Energy, Environment and Development (ICEED) estimated that 72 percent of Nigerians depend solely on firewood for cooking.

Experts say if these challenges are not frontally attacked and resolved, they can imperil Nigeria’s development aspirations captured in the nationally determined contributions (NDCs), the Economic Recovery and Growth Plan (ERGP), the United Nations Sustainable Development Goals (SDGs) and Sustainable Energy for All (SE4All), which seek to achieve poverty reduction using modern, sustainable, affordable and dependable energy services.

In pursuit of surmounting the above highlighted challenges, Chukwumerije Okereke, a professor and director of the Climate Change and Development Centre, Alex Ekwueme Federal University, Ndufu-Alike (AE-FUNAI) brought core partners –Techno Oil Nigeria Limited and Africare – in collaboration with Schrodinger Greentech, last week gave out cooking gas-laden 6kg cylinders to 150 households in Arondizuogu and Okpanku as pilot case studies. The project -through these 150 LPG cylinders –hopes to catalyse sustainable adoption of LPG as an alternative to cooking with toxic firewood.

The pilot research project seeks to establish the extent to which a fee-for-service, cylinder recirculation delivery model offered via women cooperative groups, and anchored on social enterprise business model can enhance wide and sustained adoption of modern energy cooking services based on liquefied petroleum gas (LPG), among semi-urban populations in Nigeria such as Arondizuogu and Okpanku communities.

The initiative is the outcome of a proposal that won a small grant from the UKAID (DFID) funded Modern Energy Cooking Services-Technology Research Innovation for International Development (MECS-TRIID) for the implementation of a 6-month research project titled “Enhancing LPG Access for Semi-Urban Populations in Nigeria.”

Okereke, who is also a professor at the University of Reading, United Kingdom, and the MECS-TRIID project director, said the project’s immense potentials at scale; are to address Africa’s sustainable development challenges from a strong demand-side, last-mile-community-ownership, bottom-up position.”

He called on governments, businesses and well-meaning individuals to latch onto the project, which broad objective is to establish the extent to which incentives-based, cooperative group-driven, positive group influence enabled cylinder recirculation model can encourage women in these two communities to move away from health and environmentally damaging ‘dirty cooking’ towards cleaner cooking with LPG.

For Nkechi Obi, executive vice-chairperson and chief executive officer (EVC/CEO) of Techno Oil Nigeria Limited, “as a leading pro-poor modern energy service provider in Africa, Techno Oil is proud of its modest history of providing target-specific support to advance clean cooking objectives in Africa, and is glad to be part of the success story of this and future pro-poor clean cooking initiatives.”

Obi, represented at the cylinder distribution events in Arondizuogu and Okpanku by Eugene Osimiri, head of LPG business, said Techno Oil, as a foremost cylinder manufacturer in Nigeria, has been in the drive for a clean energy cooking initiative, which it started in 2013 in Lagos under the “Cook Safe Project,” a corporate social responsibility aimed at pulling more women out of open firewood-smoke cooking. Till date, it has distributed over 50,000 6kg cylinders.

Stanley Ijeoma, a foremost Enviropreneur and chief executive of Schrodinger Greentech Limited –an Abuja based Sustainable Energy and Green Economy Consultancy -said the project is “a unique blend of academia and industry pulling in the same direction with support from a multi-stakeholder pool of non-state collaborators and supporters with potential for governments at all levels to leverage the unique platform to prevent about 93,000 of our precious women and children from having to die while cooking for our families annually.”

Patrick Ajah, acting Country Director of Africare – a leading NGO that works in disadvantaged communities in Africa, said as one of the project partners, they would bring their experience and “core expertise in capacity building, locally driven community behavioural change and capacity building” to bear on the project. Represented at the event by Tonubari Fadero, Africare took the women through the precautionary measures required for a risk-free use of LPG for cooking.

Prominent members of the two beneficiary communities came out in their numbers to mobilize, encourage and support their women to make the life-saving switch from toxic dirty cooking to clean LPG cooking with its manifold health and environmental benefits.

In his reaction, Professor O.C Nwana, emeritus professor of Education and revered opinion leader; thanked God for making such a laudable project a reality in his lifetime. Professor Nwana observed that the women wearing their prestigious Omu-Aro cloth to the occasion was symbolic of their acceptance and deep appreciation of the project team and the donors. He pledged total support and cooperation of Arondizuogu people to ensure the sustainability of the project beyond the initial six-month life cycle.

The traditional ruler of Okpanku Community His Royal Highness, Igwe R. A. Chukwu also commended the donors and facilitators of the project for choosing their community as a pilot for the and prayed for the success of the project and everyone associated with its implementation.  The women in the two communities entertained guests and the project team with unique renditions of their traditional dance and songs before and after they received their cylinders.

See some photographs taken from the event below: 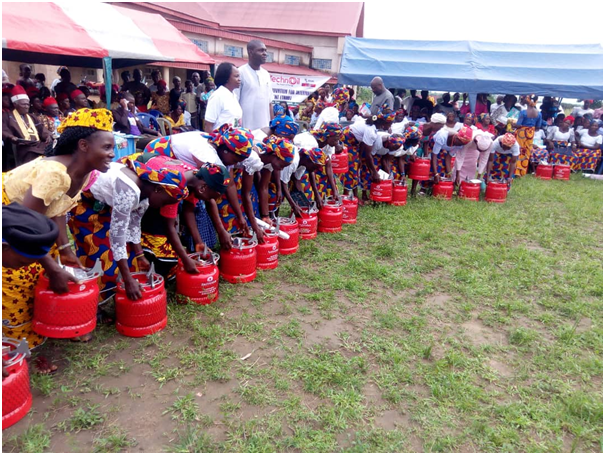 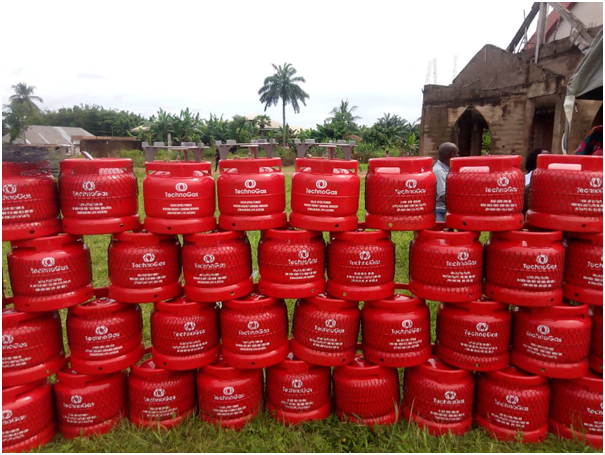 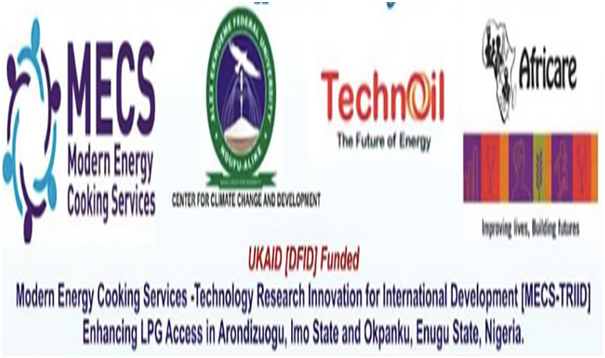 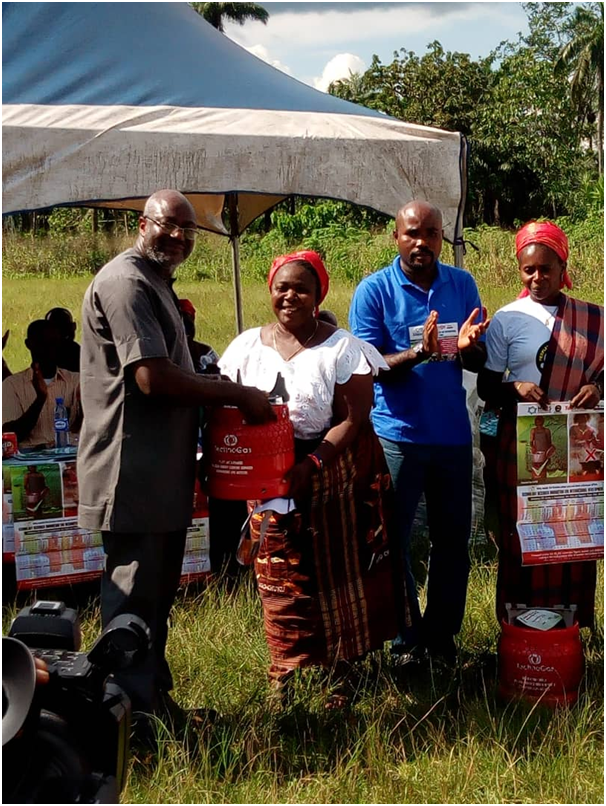