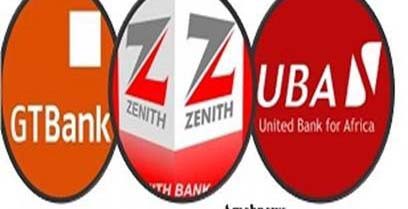 Primarily, commercial banks make money by lending money entrusted to them for safekeeping at rates higher than the cost of the funds. However, total loan book balance of N5.3 trillion as at September 2017 of three banks dropped to N4.7 trillion as at end-September 2018.

The decline in lending in these top tier banks lends credence to the political risks overshadowing other risks and tinkering business decisions as the country is weathering the uncertainties of a pre-election year, analysts say.

Specifically, UBA, which made a 61.7 billion profit after tax as at September 2018, representing an increase of 1.3 percent compared to N60.9 billion made in the comparable period of 2017 had seen a 5.9 percent drop in its loan book.

From N1.7 trillion, the bank’s lending dropped to N1.3 trillion even though its deposit base appreciated 15 percent to N3.3 trillion in September 2018 from N2.9 trillion as at December 2017.

The bank in its report however hinted that significant risks such as market, credit or other risks that could affect its business performance are managed as part of its business model assessment.

The bank saw its deposit base rise 9 percent in nine months from N2.1 trillion to N2.3 trillion and recorded a 13.3 percent growth in post tax profit of N142.2 billion as against N125.6 billion posted in September 2017.

Recording the largest drop in its loan book among the trio was Zenith Bank. Net loans for the bank dropped from N2.2 trillion to N1.8 trillion, representing an 18.2 percent decline.

The bank also saw its deposit base in the nine months period decline by 5 percent from N3.4 trillion to N3.3 trillion. Nevertheless, Zenith bank was able to muster a 12 percent year-on-year post tax profit growth amounting to N144.2 billion, as against N129.2 billion which it made in September 2017.

Granting of loans, which is a principal activity of commercial banks has been projected to remain mute over the short to medium term.

Analysts are however of the view that given peaceful outcomes of the country’s 2019 elections, lending as well as economic activities would pick up as well as growth among sectors restored.