Despite the coronavirus pandemic that brought in its wake low revenue generation power for most enterprises in the economy, total Value Added Tax (VAT) generated in 2020 by Nigeria surged 29.26 per cent year to date to hit N1.53 trillion within twelve months. 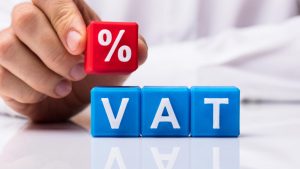 The figure represents 47.39 per cent year-on-year increase from the amount (N1.18 trillion) realisedin the same period of 2019, according to data released by Nigeria’s National Bureau of Statistics (NBS).

The NBS data revealed that there was a 7.06 per cent quarter-on-quarter increase in the total sectoral distribution of Value Added Tax (VAT) from N424.71 billion in Q3 2020 to N454.69 billion in the last three months of 2020. The Q4 figure also represents 47.39 per cent year-on-year increase from N308.48 billion recorded during the corresponding period of 2019.

Analytical breakdown of the data

A further breakdown of the data shows that professional services generated the highest amount of VAT with N42.38 billion. It was closely followed by ‘other manufacturing’, which generated N39.45 billion. The commercial and trading sectors of the economy generated N21.15 billion during the final quarter of 2020.

Others include ‘mining’, which generated the least, after ‘pioneering’ and ‘textile and garment industry’ with N58.88 million, N185.72 million and N353.75 million as VAT generated respectively.

On the other hand, during the year under watch, the professional services sector contributed a total of N162.32 billion and was followed by the ‘other manufacturing sector’ with N154.2 billion. Following the list was commercial and trading sector with N77.44 billion and ‘breweries, bottling and beverages’ sector which raked in a total of N59.7 billion. Mining generated the least with N250.96 million, behind ‘textile and garment industry’, which generated a total of N1.2 billion.

Also, with a weak performance in VAT remittance for the year, was the state ministries & parastatals which followed the log of least generating sectors with N59.04 billion, while ‘pharmaceutical, soaps and toiletries’ sector raised N1.41 billion and ‘local government councils’ generated N1.90 billion, respectively.

What this means is that the increase in the total generated VAT despite the twin shock of the pandemic and falling oil prices that have caused major economic disruptions, will inevitably impact on the level of national consumption resulting from the implementation of the new VAT rate of 7.5 per cent as outlined in the 2019 Finance Act. Also, government spending will in same manner see an effect as Nigeria’s federal governmentseeks for means to cushion the deficits in the tune of N5.1 trillion in theapproved FY2021 budget.