U.S. stock indexes rose 1 percent on Monday and were on pace to extend a two-day winning streak, lifted by better-than-expected earnings from Cisco and Walmart, and robust economic data that underscored the strength of the domestic economy. 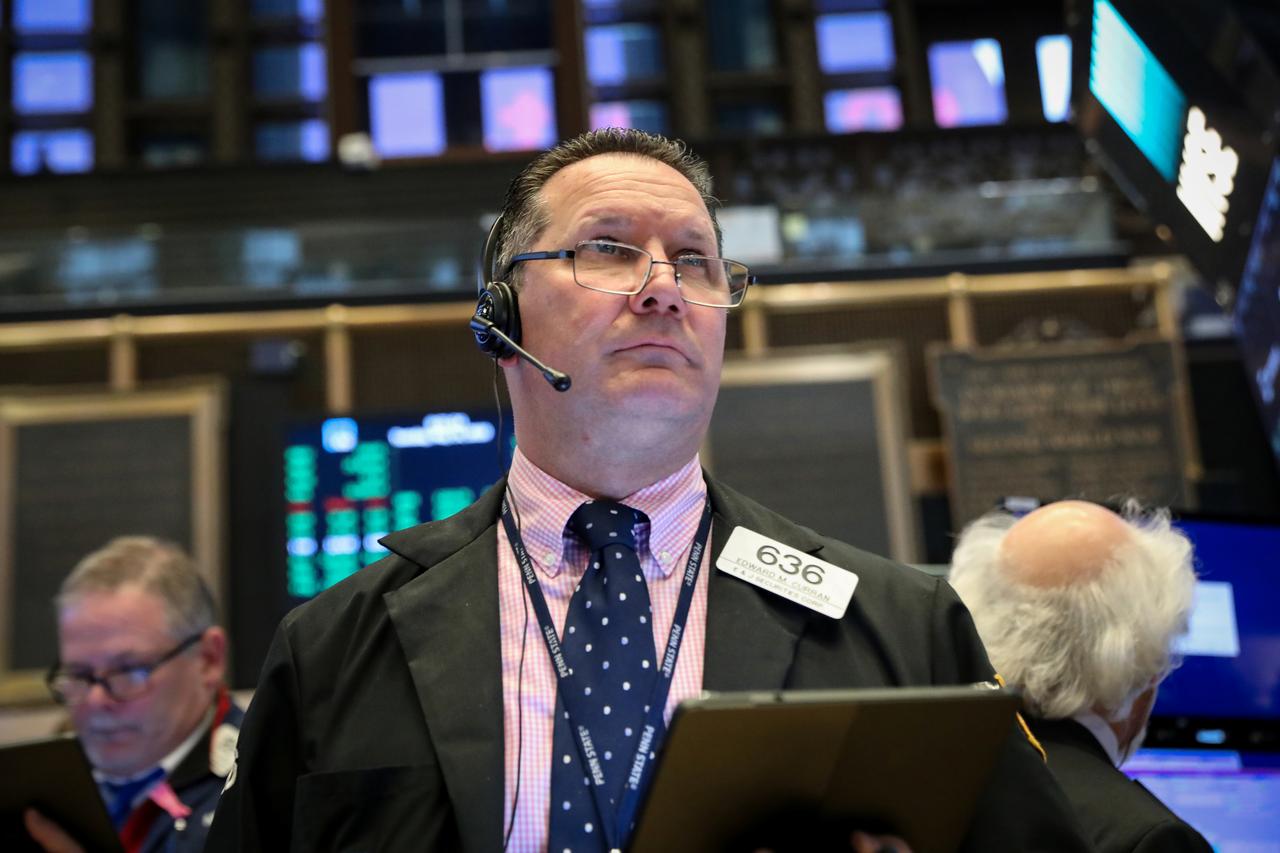 Cisco Systems Inc rose 6.1%, the most among the S&P and the Dow indexes, after the network gear maker gave an upbeat sales forecast and said minimal sales exposure to China have helped cushion the impact from trade dispute.
Walmart Inc rose 3.3% after it reported its best first-quarter same-store sales growth in nine years. The big box retailer also said prices for shoppers will rise due to higher tariffs on Chinese imports.
“Earnings is one positive, but the buying is across the bar, every sector and every index is up,” said Michael O’Rourke, chief market strategist at Jones Trading in Greenwich, Connecticut.
Strong data out of the United States soothed some fears of an economic slowdown that ratcheted up market expectations of an interest rate cut in the coming months.
The Commerce Department said U.S. home building increased more than expected in April, suggesting declining mortgage rates were starting to provide some support to the struggling housing market.
Another report showed the number of Americans seeking unemployment benefits fell more than expected last week, pointing to sustained labor market strength that should underpin the economy as growth slows.
“We have quite a risk-on asset allocation where people are selling Treasuries and rotating into equities,” O’Rourke said.
U.S. Treasury yields gained and helped the interest rate sensitive financial sector rise 1.28%, the most among the S&P sectors.
Investors have also been closely monitoring trade-related news to gauge if the protracted trade dispute could be resolved soon. The two sides are expected to resume talks in Beijing soon.
The recent escalation in tensions have dented a rally in stocks this year and has put the benchmark index about 3% below its all-time high that it hit just two-weeks ago.
At 11:07 a.m. ET the Dow Jones Industrial Average was up 244.23 points, or 0.95%, at 25,892.25. The S&P 500 was up 33.19 points, or 1.16%, at 2,884.15 and the Nasdaq Composite was up 100.46 points, or 1.28%, at 7,922.61.
The Philadelphia Semiconductor index fell 1.61%, dragged down by losses in Huawei suppliers Qualcomm Inc and Broadcom Inc, Xilinx Inc, Skyworks Solutions Inc.
Advancing issues outnumbered decliners by a 3.33-to-1 ratio on the NYSE and by a 2.02-to-1 ratio on the Nasdaq.
The S&P index recorded 42 new 52-week highs and no new low, while the Nasdaq recorded 78 new highs and 40 new lows.