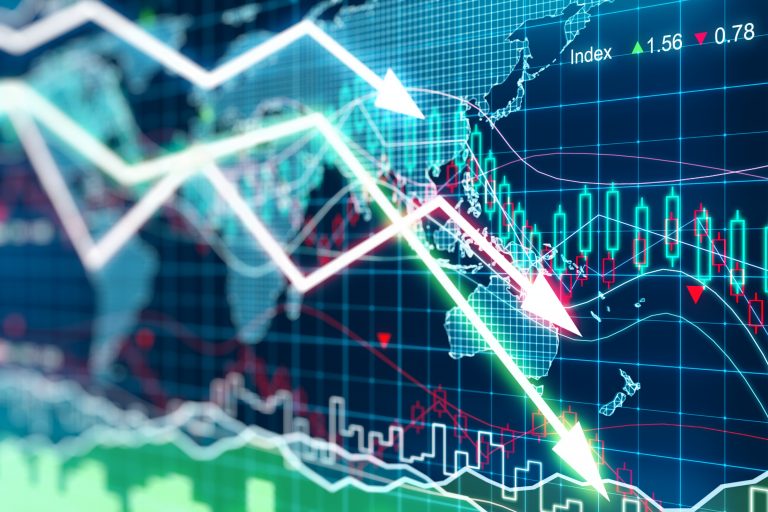 Effort to save the global economy has pushed central banks across many nations to advance policies that support credit flows.

This combination of unprecedented policy support appears to have been successful in maintaining credit flows, leading to observed lift in investor risk appetite, which has helped raise bond issuance in markets, as well as bank’s revved up drive to lend in most major economies.

In view of this development, a disconnect between financial market optimism and the evolution of the global economy has emerged, according to the International Monetary Fund (IMF).

The bullish mood among investors is predicated on strong policy support amid huge uncertainties about the extent and speed of the economic recovery.

Markets appear to be expecting a quick “v-shaped” rebound in activity, as illustrated by the strong recovery in the S&P 500 consensus forecasts of company earnings.

This has created a divergence between the pricing of risk in financial markets and economic prospects, as investors are apparently betting on continued and unprecedented support by central banks.

This tension can be illustrated, for example, by the recent rally in the US equity market, on the one hand, and the steep decline in consumer confidence, on the other hand.

This decoupling raises questions about the possible sustainability of the current equity market rally if not for the boost of sentiment provided by central bank support.

The disconnect between markets and the real economy raises the risk of another correction in risk asset prices, should investor risk appetite fade, posing a threat to the recovery.

For instance, in equity markets, bear market rallies have occurred before, during periods of significant economic pressure, often only to unwind subsequently.

In fact, market valuations appear stretched across many equity and corporate bond markets and according to IMF staff models, the difference between market prices and fundamental valuations is near historic highs across most major advanced economy equity and bond markets, though the reverse is true for stocks in some emerging market economies.

According to IMF experts, a number of triggers could result in a repricing of risk assets, a development that could add financial stress on top of an already unprecedented economic recession.

“For example, the recession could be deeper and longer than currently anticipated by investors. There could be a second wave of the virus, and containment measures could be reinstated. Market expectations about the extent and length of central banks’ support to financial markets may turn out to be too optimistic, leading investors to reassess their appetite for, and pricing of, risk.

“A resurgence of trade tensions could sour market sentiment, putting the recovery at risk. Finally, a broadening of social unrest around the globe in response to rising economic inequality could lead to a reversal of investor sentiment,” they explained.

The first trigger of insolvency identified by the IMF is corporate and household debt burdens, which could become unmanageable for some borrowers in a severe economic contraction in advanced and emerging market economies alike.

The IMF already stated in its earlier reports that aggregate corporate debt has been rising over several years to stand at historically high levels relative to gross domestic product (GDP).

“Household debt has also increased, particularly in countries that managed to escape the worst impact of the 2007-8 global financial crisis. This means that there are now many economies with high levels of debt that are expected to face an extremely sharp economic slowdown.

“This deterioration in economic fundamentals has already led to the highest pace of corporate bond defaults since the global financial crisis, and there is a risk of a broader impact on the solvency of companies and households,” the fund stated.

It also revealed that insolvencies will test the resilience of the banking sector, saying the banks have entered the crisis with higher liquidity and capital buffers as a result of post-crisis reforms, and they can draw down these buffers to support lending and absorb losses.

Some banks have already started to provision more for expected losses on their loans, as evidenced in their first quarter earnings reports.

This is likely to continue as banks assess the ability of borrowers to repay their loans, while also accounting for the support that governments have given households and companies.

The expectation of further pressure on banks, along with the low level of interest rates, is reflected in analysts’ forecasts of bank profitability.

In Nigeria, for example, the 12 listed banks at the Nigerian Stock Exchange (NSE) from their collective profit after tax (PAT) of N251.139 billion as at Q1, 2020 have put aside a sum of N60.354 billion as loan loss provision in anticipation of borrowers inability to repay loan while their collective loans and advances stood at N21.721 trillion in the same period.

The third anticipated insolvency, according to the IMF, is that nonbank financial companies and markets may face further stress.

“The events in March, where nonbank financial intermediaries benefited from large policy support, suggest that they are vulnerable to procyclical corrections in the face of an external shock.”

These companies now have a greater role in the financial system than before and the behaviour of this larger sector during a deep downturn is untested.

“Some emerging and frontier markets are facing high external refinancing requirements. In the current environment, economies that need to refinance more debt run a greater risk that this debt may have to be rolled over at a higher cost. Some countries with high refinancing requirements also have a relatively low level of reserve adequacy

“This could make it harder for authorities in these economies to react to any further portfolio outflows, especially if they do not have a flexible exchange rate. Credit ratings downgrades could put additional pressure on funding costs and capital flows.

“So far this year, more than one-third of oil exporting economies that are covered by the main rating agencies have been downgraded, which compares to downgrades to about one quarter of other economies,” the IMF explained.

Consequently, authorities are charged to strike the right balance in their policy response to the pandemic.

Addressing managers of economies around the world, the IFM said in a difficulty policy trade-offs environment, authorities need to continue to support the recovery while ensuring the soundness of financial institutions and preserving financial stability, stressing that “they need to be mindful of the intertemporal risk implications of this support”.

The unprecedented use of unconventional tools has undoubtedly cushioned the impact of the pandemic on the global economy and lessened the immediate danger faced by the global financial system.

“However, care needs to be taken to avoid a further build-up of vulnerabilities in an environment of easy financial conditions. Once the recovery is firmly underway, policymakers should urgently address financial fragilities that could sow the seeds of future problems and put growth at risk in the medium term,” they concluded.