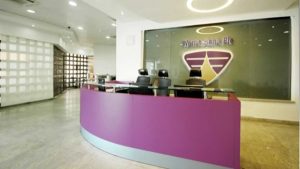 ema Bank Plc. Friday announced that Ademola Adebise has been made the managing director/chief executive officer of Wema Bank effective, October 1, 2018. This announcement follows the retirement of Segun Oloketuyi in September 2018.

Adebise was initially appointed the acting managing director in July after Oloketuyi proceeded on terminal leave in July 2018.

Prior to the recent appointment, Adebise was the deputy managing director of Wema Bank, a role he held since January 2017, which is now being filled by Moruf Oseni effective immediately.

The Central Bank of Nigeria (CBN), according to the bank has since ratified both appointments.

“In Ademola and Moruf, the bank has two financial veterans with a wealth of experience in senior executive positions across a wide range of countries,” said Babatunde Kasali, the chairman of Wema Bank.”

Kasali added: “With their proven track record in the financial services sector, the Board is confident that their appointments will lead to the continued transformation of the Bank as it positions itself as a market leader in Nigeria’s retail banking segment through technology and innovation.”

Adebise has been part of the bank’s executive management team since 2009 and has played a pivotal role in the execution of the strategic turnaround plan of the Bank.

He has over 28 years’ experience in the banking and has worked in various capacities in Information Technology, Financial Control & Strategic Planning, Treasury, Corporate Banking, Risk Management and Performance Management.

An alumnus of the Advanced Management Program (AMP) of the Harvard Business School and a holder of a bachelor’s degree in computer science from the University of Lagos, Adebise also holds a Master of Business Administration (MBA) from the Lagos Business School.

On Oseni’s part, the bank noted that since joining its board in 2012, “Oseni has contributed immensely to the growth of the bank’s retail business.

Until his appointment, he was the executive director in charge of retail business and ALAT, the Nigeria’s first digital bank.”

Oseni is said to be bringing a wealth of banking and non-banking experience to his new role, as he was the CEO of MG Ineso Limited, a principal investment and financial advisory firm with interests in various sectors of the economy, before joining Wema Bank.

Prior to his time at MG Ineso, he was a vice president at Renaissance Capital, where he was responsible for debt capital markets (DCM), equity capital markets (ECM) and structured finance origination and execution for sub-Saharan African corporates and financial institutions.

He was also an associate at Salomon Brothers/Citigroup Global Markets in London and New York where he was involved in credit market origination and execution for European financial institutions. He commenced his career as an IT officer with Nigeria Liquefied Natural Gas Company (NLNG).

Oseni holds an MBA from the prestigious Institut European d’Administration des Affaires (INSEAD) in France, a master’s in finance (MiF) from London Business School, London and a BSc. in Computer Engineering from Obafemi Awolowo University (OAU), Ile-Ife, Nigeria. He is also an alumnus of King’s College, Lagos.