A Vietnamese conglomerate is entering the cashew market with possible deals in West Africa for more than a 10th of global output, a bold start to take on the $7 billion industry’s dominant buyers such as Olam International Ltd. 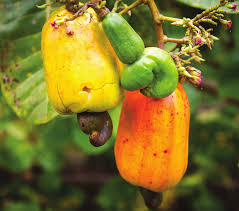 In a fractured sector with dozens of producers, the purchase of such a large amount of cashews by a single company could sway prices in a market that’s not traded publicly and dominated by a handful of traders. It could also offer poor, small-scale African farmers better assurance that their crop would be bought.
Hanoi-based T&T Group JSC, which holds investments that range from motorcycle parts to banks and real estate, will purchase 200,000 metric tons of raw cashews this year from the world’s No. 2 producer, Ivory Coast, said Adama Coulibaly, the head of the local Cotton and Cashew Nut Council. The volumes may increase to 400,000 tons in coming years, T&T said on its website.
Two of the top-five raw-cashew producers are in West Africa
The company is also in talks with producers in Guinea-Bissau, Africa’s third-largest grower, to buy a further 50,000 tons of nuts this year, said Jaime Gomes, the head of an association of farmers.
“These are huge volumes,” said Pankaj Sampat, a partner at Mumbai-based cashew dealer Samsons Traders. “If this new player buys such large volumes, it will certainly have a significant impact on the market.”
Global output of the kidney-shaped nut, coveted in Europe and Asia for snacks and baked goods, was 3.3 million tons in the 2017-18 global harvest, of which Africa accounted for more than a half, according to the International Nut and Dried Fruit Council.
Processed cashew nuts in a factory in Bouake.Photographer: Issouf Sanogo/AFP via Getty Images
To be sure, T&T may struggle to fulfill its agreements because newcomers typically take time to establish infrastructure and build distribution channels, said Sampat. Singapore-based Olam took years to build a network of farmers across Africa and runs its own processing plants in Asia.