Zoom, the well-known video conferencing administrations supplier, has reported that it is approaching the securities exchange for $1.5 billion in new capital issue as it is set to float another issue of its Class A typical stock in that price. 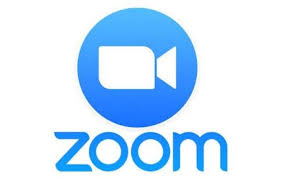 But at the recent close of prices for stock, $1.5 billion would simply add up to over 4.2 million Zoom shares altogether. Also, J.P. Morgan, the financier of the issue, has been given an alternative that will be in force for 30 days to acquire an extra $225 million worth of shares.

Zoom Communications, in its regulatory filing on the issue, said that it basically expects to utilize the fund to increase its capitalisation and financial flexibility. It said it would consider dedicating bits of these funds to the acquisitions of complementary assets, in spite of the fact that its focus on these plans has no solid grounds in that regards.

Zoom has witnessed increases in its shares to nearly fivefold over the past year amidst the various pullbacks in prices. Though, the organisation is exploiting a lofty cost increment in its stock to raise the new capital.

A topnotch performer in the market during the pandemic, Zoom has spurred a dramatic rise in remote work, online teachings and learning, as well as social gatherings during the Covid-19 pandemic. However, dilution of shares is consistently a worry with secondary stock issues, but this one is outweighed by Zoom’s current market capitalisation in the tune of $102 billion or over.

While the shares of the company saw a slump on Tuesday following the declaration of the shares floatation by the company, they ended up with a close of 5.7 per cent higher than the expectation. The stock issue declaration was dominated that day by the company’s positive news about Zoom’s phone platform’s rapid growth.