Warning: Declaration of SlideshowErrorHandler::log_error($num, $str, $file, $line, $context = NULL) should be compatible with GalleryPlugin::log_error($error = NULL) in /home/elglo/public_html/businessamlive.com/wp-content/plugins/slideshow-gallery/includes/errorhandler.php on line 0
 $22trn output lost globally to COVID-19 as governments pump $16trn in fiscal buffers – Businessamlive
The International Monetary Fund (IMF) has revealed in a very recent research that the world lost $22 trillion in output as a result of the COVID-19 pandemic, while governments around the globe have spent $16 trillion to provide fiscal buffers in the face of the pandemic. 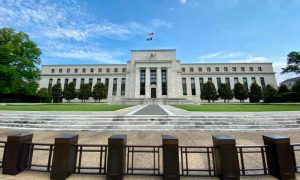 The IMF research also revealed that the balance sheets of central banks have increased by a combined $7.5 trillion since the start of the pandemic in March 2020, while asserting that the same energy that is being put into vaccination and plans for recovery spending also needs to be put into growth measures to make up for this lost output.

The IMF research publication titled, ‘Seizing the Opportunity for a Pro-Growth, Post-pandemic World’ said if policymakers had not acted, last year’s recession, which was the worst peacetime recession since the Great Depression, would have been three times worse as deficits are the highest they have been since World War II and central banks have provided more liquidity in the past year than in the past 10 years combined.
“That’s where we’ve come from, but where are we headed? In the year ahead, as more vaccines roll off the production line, more people get jabbed, and more economies gradually reopen, policymakers need to engineer a fundamental shift from saving their economies from collapse, to strengthening their economies for the future with growth-oriented reforms,” the IMF report stated.
It further stated: “We know that some pro-growth reforms were deferred, if not reversed, and some economic scarring has occurred. The world lost $22 trillion in output as a result of COVID-19, relative to what the IMF expected in January 2020. The same energy that is being put into vaccination and plans for recovery spending also needs to be put into growth measures to make up for this lost output”.
In looking towards a brighter future, the IMF opined that the recovery from the crisis will take years for most countries. It also stated that inspiring the next generation with the aim of rebuilding a brighter future is now the primary challenge for the present generation of policymakers, accentuating the need to seize this challenge, daring to be bold as the current crisis reaches a crossroads.
But the IMF emphasised that pairing growth reforms with recovery spending will deliver the prosperity that have been promised to the world’s citizens, “making our own fate in a post-COVID-19 world”.
The Bretton Woods institution pointed  out that the use of this moment for some of these difficult reforms becomes a pointer as the monetary and fiscal stimulus still flowing will serve as the springboard to a more sustainable future as against the crutch to a weaker version of economies at the pre-covid states.
It also stated in the research report that seizing the opportunity from the reforms could deliver years of solid post-COVID-19 growth and progress in living standards.
Notwithstanding, the IMF estimates that comprehensive growth-enhancing reforms cutting across product, labour, and financial markets could raise annual growth in GDP per capita by over one percentage point in emerging markets and developing economies in the next decade. These countries would be able to double their speed of convergence to advanced economies’ living standards relative to the pre-pandemic years.
According to the report, a growth-reform tailwind for the advanced economies would help “repay the debts incurred to provide unprecedented support, increasing the space for critical investment and reducing the need to raise taxes. With inflation running higher than forecasted and the lack of certainty about when its drivers will abate, growth reforms that target the supply-side provide insurance against any persistent inflationary risks from demand-side pressures in the United States and elsewhere.”
It went on to state that for emerging market countries that have been able to maintain access to global capital markets, reforms can strengthen fundamentals and bolster investor confidence even as financial conditions tighten, especially if inflation persists in advanced economies
As for low-income countries who have depleted their policy space, the returns on growth-oriented reforms can be high enough to avoid harsh fiscal austerity, allowing them to protect social and health spending in the short run while boosting their capacity to invest in their people in the long run, said the IMF.
Geoffrey Okamoto, first deputy managing director of the IMF, making some policy assertions and recommendations based on the research report, said “Enhanced debt restructuring mechanisms should help resolve unviable firms expeditiously and channel investment to new ideas and companies. Stronger active labour market policies, including job-search monitoring and support, and retraining should help workers shift to more promising jobs in dynamic parts of the economy. Improved competition policy frameworks, which are actively debated on right now in Europe and the United States; and reductions in barriers to entry in sclerotic sectors, should ensure that we don’t have moats around the firms that captured the policymakers of yesteryear.”