Google-owned music and video streaming giant, Youtube, has acquired an Indian social commerce startup, Simsim, in an undisclosed deal. The acquisition, according to sources, will enable YouTube to help small businesses and retailers in India reach new customers in even more powerful ways. 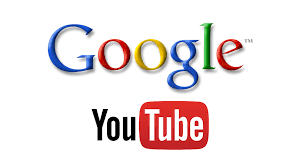 The two-year-old Simsim, valued at over $70 million and based in Gurgaon helps small businesses in India transition to e-commerce by using the power of video and creators and acts as a platform to connect local businesses, influencers and customers.
Gautam Anand, vice president, YouTube APAC, in a post, said YouTube has no plans yet to make immediate changes to the startup as it is expected to continue operating independently while the streaming platform works on ways to showcase Simsim offers to YouTube viewers. Gautam also added that this acquisition announcement is the latest push by Google in India where it has committed to invest $10 billion in the next few years.
“With over 2500 YouTube creators with over one million subscribers, and the success of YouTube Shorts, which we launched in India first, we’re committed to bringing the best of YouTube to India and growing the creator community by making it even easier for the new generation of mobile-first creators to get started,” he said.
Amit Bagaria, Kunal Suri and Saurabh Vashishtha, Simsim cofounders, in a joint statement said, “We started Simsim with the mission of helping users across India shop online with ease, enabled through small sellers and brands showcasing and selling their products using the power of content by trusted influencers. Being a part of the YouTube and Google ecosystem furthers Simsim in its mission.
“We cannot think of a better ecosystem in which to build Simsim, in terms of technology, reach, creator networks and culture. We can’t wait to be part of YouTube and are excited to build Simsim within the most admired tech company in the world,” they added.
However, refusing to disclose the size of the deal like everyone else, Rohan Malhotra of Good Capital, India, an early backer of the startup, said, as per Techcrunch, that “micro-influencers are more effective at building a targeted audience (growth), creating entertaining experiences (retention), building trust (higher value) and personalising messaging (conversion). Consumer social platforms (Facebook, YouTube, Instagram, etc.) cannot meaningfully monetise via advertising-financed models in India; this unlocks the opportunity for more deeply integrated transactional platforms. New internet users in India need an interactive seller-led experience to replicate the offline e-commerce experience this market is used to.”
Businessamlive Website Stats