Access Corporation, the parent bank of Access Bank Limited, has outlined a strategic plan to deepen financial services across Africa,thus expanding its services to the estimated 370 million unbanked populace, while also  strengthening its financial services offerings to banked customers in the world’s second largest continent by population.

As part of objectives of cementing its position as one of the five largest financial services providers in Africa, the corporation, which comprises verticals cutting across banking, payments, consumer lending, insurance brokerage and asset management, recently presented its five-year  corporate strategy document for the period 2023-2027.

According to the document, Access Bank has over the last twenty years built a strong financial institution through a disciplined approach to executing its strategy which has produced market beating results consistently and has been value accretive.

“The institution has transitioned to a Holdco with five verticals to capture the opportunities the African market provides as the landscape evolves over the next few years,” it added.

Having transformed to become a leading financial and ecosystem player, with its core business as the foundation, Access Corporation said its ambitions will be supported by seven key enablers comprising; customer experience, digital & technology, data & analytics, risk & Capital, ESG, people & culture, and communication.

These enablers, it noted, will ensure Access executes seamlessly, becoming a top five financial services institution in the continent by the end of the strategic cycle in terms of revenues, asset base and on a balanced scorecard basis.

Access Corporation, in its strategy Investor presentation, assured it will capitalise on its strong Market & Acquisition (M&A) capability and ability to build organically to create value with each expansion, prioritising countries with better sovereign rating and complementary business landscape.

Stating its expectations by the end of 2027, Access Holdings said it intends to be in at least 26 countries and in at least three Organization for Economic Co-operation and Development (OECD) countries supporting trade, including the United Kingdom, France and  United States of America.

It  projected that its customer acquisition drive to hit 100 million  for the retail business by 2027 will continue, as it migrates the majority of customers to digital platforms by 2027 across all touchpoints.

“Our primary focus on trade is to leverage established presence across trade and financial hubs across the world to continue driving trade outputs presence in London, Dubai, Hong Kong, Lebanon, Beijing, Mumbai etc. and extensive footprint across the Continent,” it stated. 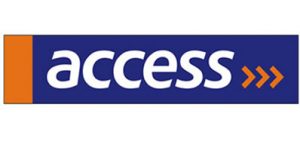 The corporation, renowned as a global player with an African heritage, said its Africa strategy is supported by presence in key international markets which enables diversification of its earnings away from the volatile operating environments in the continent. It added that the strategy ensures it is able to  orchestrate operations as a global payments gateway, manage its risk and exposures to soft currencies, and enhance its profitability without excess risk.

Considering the structural changes in the African and global market such as improved technology, changing competitive landscape as well as growing globalisation and changing consumer demands, Access said its strategy is  committed to gaining relevant scale across Africa, global monetary centers and beyond-banking verticals.

On how it intends to achieve a remarkable milestone in the African and global financial landscape, the corporation said it would increase profitability and gain relevant market share by taking advantage of developing economies of scale;drive customer penetration at a lower cost base by leveraging technology and data to digitize and personalize customers’ experience.

Access Holdings also maintained that it would diversify franchises to high-growth, more mature and markets with better ratings to reduce risk in the primary country, while identifying global monetary centers such as New York, Hong Kong and others, with a unique proposition.

On how it plans to gain access to pockets of growth,including beyond banking, the corporations said it will build a full-scale beyond banking ecosystem across verticals. It also stated that it would refine the orchestrator role to enable growth of the HoldCo and OpCos, which comprises Hydrogen,Oxygen, pensions and insurance brokers.

Access Holdings highlighted the four key roles it will play to deliver on its objectives to include:

-Protect the Group from threats to its survival

-Act as a Centre of Excellence by developing distinct expertise in select areas.

-Attract and develop top talent,foster a highly attractive culture of excellence for talent and support the corporation’s succession planning.

Dwelling on how the banking group will act as a nexus to drive transformation for the corporation, Access said the retail bank aims to evolve into a digital sales and service provider by 2027. It also noted that the business bank will be the preeminent SME financial services provider; the wholesale bank will consolidate gains while transforming the operating model, with the bank evolving into a leader in international facilitation within Africa.

In its scorecard for 2027, Access Corporation projected that total number of customers will hit 125 million; share of transactions in Africa will reach 33.3 per cent, share of revenue from optimisation of orchestration will climb between 15-20 per cent, while daily active users/monthly active users will rise by 50 per cent.

Access Corporation projected that its net interest margin (NIM) is expected to be at least six per cent from January 2023 to November 2027. The growth in NIM, it explained,  will be driven by increased lending within the core bank and by the growth in LendCo’s business which will typically have higher margins on average.

The corporation also projected healthy return on equity (ROE) over the next five years as it continues to maximise returns for shareholders.

“ROE along with ROA are expected to grow, as a result of improvements in CIR and an increase in footprint across higher efficiency locations,” it added.

The Holdco concluded that it will create a high-performance organisation, hinged on a strong bench of talent who are the best African leaders with capabilities to deliver the corporation’s future aspirations.