Africa’s infrastructure investment gap, according to an estimation by the African Development Bank Group (AfDB), is over $100 billion per year, affecting the living conditions of Africans and the continent’s global competitiveness. 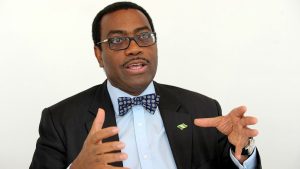 As a way of addressing the infrastructure challenge prevalent in Africa, AfDB has announced the approval of its first strategic framework for the formation of public-private partnerships to foster the development and operation of infrastructure assets in the world’s second largest continent.

In rolling out the strategic framework, the bank expressed its commitment to engage clients and partners and begin dialogue with member countries to identify priority areas.
To achieve its development ambitions, the bank said its public-private partnership strategic framework is rooted in three pillars aimed at providing an end-to-end solution to member countries, from upstream to downstream.
Pillar one, which covers upstream support, is set to ensure an enabling environment and capacity in member countries. Pillar two is directed at providing midstream support, in particular project preparation and transaction advisory services to help structure projects achieve financial closure, while the third pillar entails downstream support to finance the implementation of investment projects.
To aid pillars one and two, AfDB said it will establish a dedicated special instrument, to be known as the Africa Public-Private Partnership Development Fund.
The strategic framework streamlines bank-wide public-private partnership efforts across various departments and provides guidance on financial instruments and resources.
It also recommends a selective approach to operations and markets, based on the bank’s comparative advantage in Africa’s infrastructure sector, its convening power on the continent, and the level of maturity of the different markets, respectively.
Akinwumi  Adesina, the AfDB president said the framework would form the bedrock of the bank’s engagements in the infrastructure sector.
“This eagerly awaited strategic framework will go a long way to enabling the bank to provide much required assistance for the development and implementation of public-private partnerships in our regional member countries, and we look forward to its success,” he noted.
Solomon Quaynor, vice president, private sector, infrastructure & industrialisation at AfDB, explained that the framework would enable African countries to scale up private sector investment in the economic sector, including transport, energy, ICT, and the social sector, including healthcare and education.
Quaynor added that it would also ensure better debt sustainability and management, innovation and efficiency, and enhance the competitiveness of their economies.
According to him, the current global and African context, widening infrastructure gap and limited fiscal space, due to the Covid-19 pandemic, among other factors, builds a strong case for AfDB to scale up its support for public-private partnerships, to crowd in more private sector investment in both economic and social infrastructure, and provides a foundation for the bank to become a leading voice and financier of public-private projects in Africa.
Businessamlive Website Stats