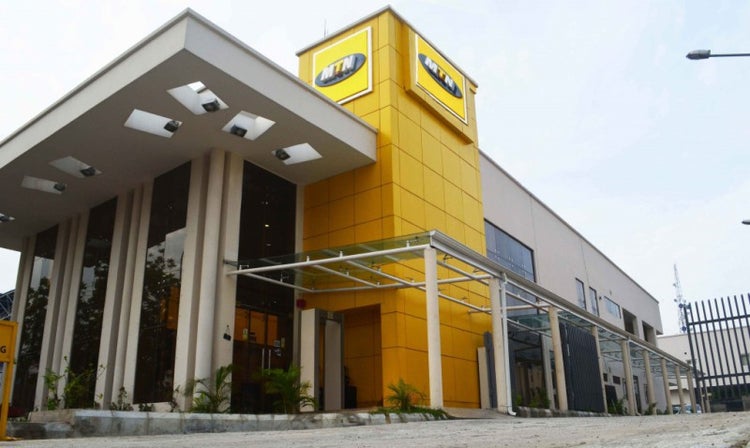 Internet Service Providers (ISPs) in the Nigerian telecommunications industry have been struggling to stay afloat challenges confronting their market to remain in business, expand operations and post profit after every financial year. Here is an appraisal of the ISP market by OMOBAYO AZEEZ.

One of such categories is the Internet service market which is the domain of Internet Service Providers (ISPs) in the country. An ISP is an organization that provides services for accessing, using, or participating in the Internet, especially on a commercial scale.

The NCC has over the years licensed many ISPs but findings show that not all are still in business because of certain difficulties confronting their space which have made it impossible for them to compete.

Genesis of the ISPs

Seven years after developed countries such as the United State of America (USA) and some other European countries have set the pace, Nigeria’s telecoms regulator, NCC, recorded the first giant stride in 1996 by licensing 38 internet service providers to sell internet services in Nigeria.

This came five years before the deregulation of the country’s telecoms industry that resulted into introduction of Global Service for Mobile Communication system (GSM), even as GSM operators have today, occupied the centre stage of the internet space.

It was however on January 1, of the following year, 1997, that Linkserve Limited, one of the licensees, began commercial rollout of internet in the country, thus becoming the very first internet service provider (ISP) in Nigeria.

As the number of the operators kept rising year after year however, so also is the carcasses of unsuccessful operators who had unwillingly shut down operations for inability to cope in the challenging market.

How the ISPs have faired

According to data obtained from the Nigerian Communications Commission, the number of operators in the ISP space had at some point peaked at 170, but there had been a slide in this number as many of the operators exited market.

As at the end of 2018, at least, 70 among of the operators have fled the market leaving 100 as active players still trudging along the challenging operating environment.

According to document retrieved from the commission, the regulator issued 29 licences in 2019 and as at March 3, eight new licences have been issued to other interested operators in 2020.

While one may wonder why new operators still express interest in the market despite challenges facing it, experts and industry watchers have explained that this may be ascribed to a probable identification of a niche aspect of the market by the newcomers which might enable them succeed where several others have failed and help them thrive without being consumed by extant challenges in the market.

Responding to this development, Olusola Teniola, president of the Association of Telecommunications Companies of Nigeria (ATCON), said the NCC is legally within its powers by NCA 2003 to issue various licences to ensure services are rendered to all Nigerians.

He however stressed that the responsibility of success lies with those who take on the ISP licences from NCC and not NCC.

“It would appear that those seeking the ISP licences at this stage of the market development still feel that they are able to push a unique service offering in the market. I presume they have done a proper feasibility analysis to determine their business case,” he said.

Operators in the ISP space have identified numerous huddles they have had to cope with and in fact, a good number of them have given in to these challenges to exit market. Some of these are general to the telecoms sector while some are specific to the ISP market.

Specifically, the incursion of telecommunication operators such as MTN, Globacom, Airtel, 9mobile and nTel has been a major development in the life of the ISPs. The telecoms operators, which possess Universal Access Service Licence (UASL), offer mobile Internet service, which hitherto was the traditional service offering of ISPs.

Consequently, while the ISP battle to keep 169,639 active customers on their networks as at December, 2019, the MNOs, the quartet of MTN, Airtel, Globacom and 9Mobile, can boast of 125.73 million subscribers that are responsible for their huge revenues as at December, 2019.

Already, out of an aggregate 274,717 customers so far connected to the ISP networks in the country as at the same period, 105,078 or 38.25 per cent have fled away as the operators failed to retain them.

In addition, NCC’s record shows the active customers in the market are currently served by 49 active internet service operators who have struggled to deploy a total of 1,283 point of presence (PoP) across their various locations of operation.

Furthermore, stakeholders and some of the ISPs have blamed the situation on harsh business environment occasioned by the sharp practices of these GSM operators, who now compete with ISPs in retail service offering, instead of sticking to wholesale service end of the business.

The ISPs buy broadband data in wholesale from companies like nTel, MainOne, Glo1, and MTN, who have berthed their submarine cables with huge bandwidth capacities at the shores of the country. They, in turn, retail the broadband data bundle to individuals and organizations.

“The challenge over the years, however, is that the same broadband company that sell to them are now in competition with them, selling directly to same customers even at reduced price, thus making competition and survival extremely difficult for ISPs,” Kehinde Aluko, a telecoms expert has said.

Corroborating this, Teniola said “the seemingly deliberate decision by NCC to give out many licences that cover the ISP’ scope of work and hence provisioning put the indigenous and many micro-sized ISPs in direct competition with the larger MNOs now offering ISP services to their voice consumer base. This competition has led to a great number of ISPs to exit the market or seek niche areas of the addressable market.”

Other identified challenges crippling ISP businesses in the country include disparity between advertised Internet speeds and actual speed obtainable on the networks; inadequate provision of redundancy by ISPs to handle network down time and lack of compensation for downtime; poor quality of service; inexplicable depletion of data services, auto renewal of service among others.

The Nigeria Communications Commission has urged the operators to fulfill their licensing obligations, improve their service to build trust among subscribers and improve patronage and renew their licences at expiration.

Although, experts are of the opinion that since the bulk of challenges facing the ISPs emerge from their inability to compete with the ‘invading’ big MNOs, NCC can and in fact, should intervene by ensuring proper account separation is implemented, active infrastructure sharing is introduced, wholesale market is regulated to remove predatory pricing, the removal of cross subsidy of voice and data services and more importantly, the introduction of QoS in data and internet  services offering in the market both in terms of speeds proclaimed and data consumed.

Experts have also counseled that ISP operators, especially those still struggling to get their feet on ground and others that are just taking up the licence, will need to transform their business models to address the gaps that are evident in the market today.

They insisted that with a sustainable business model, the market is fertile enough to accommodate them, stressing that connectivity is still a high volume business and only models that can match this reality will have a chance to succeed in the face of market storm.

The Nigerian ISP market is evidently as this has been proven by the unceremonious exit of scores of players from the space over the years. This, according to experts, can however be overcome through regulatory intervention and reassessment of business models of the operators to remain resilient in face of market storms.